AMI THE BLACK POODLE A STAR OF RED RIBBON WEEK 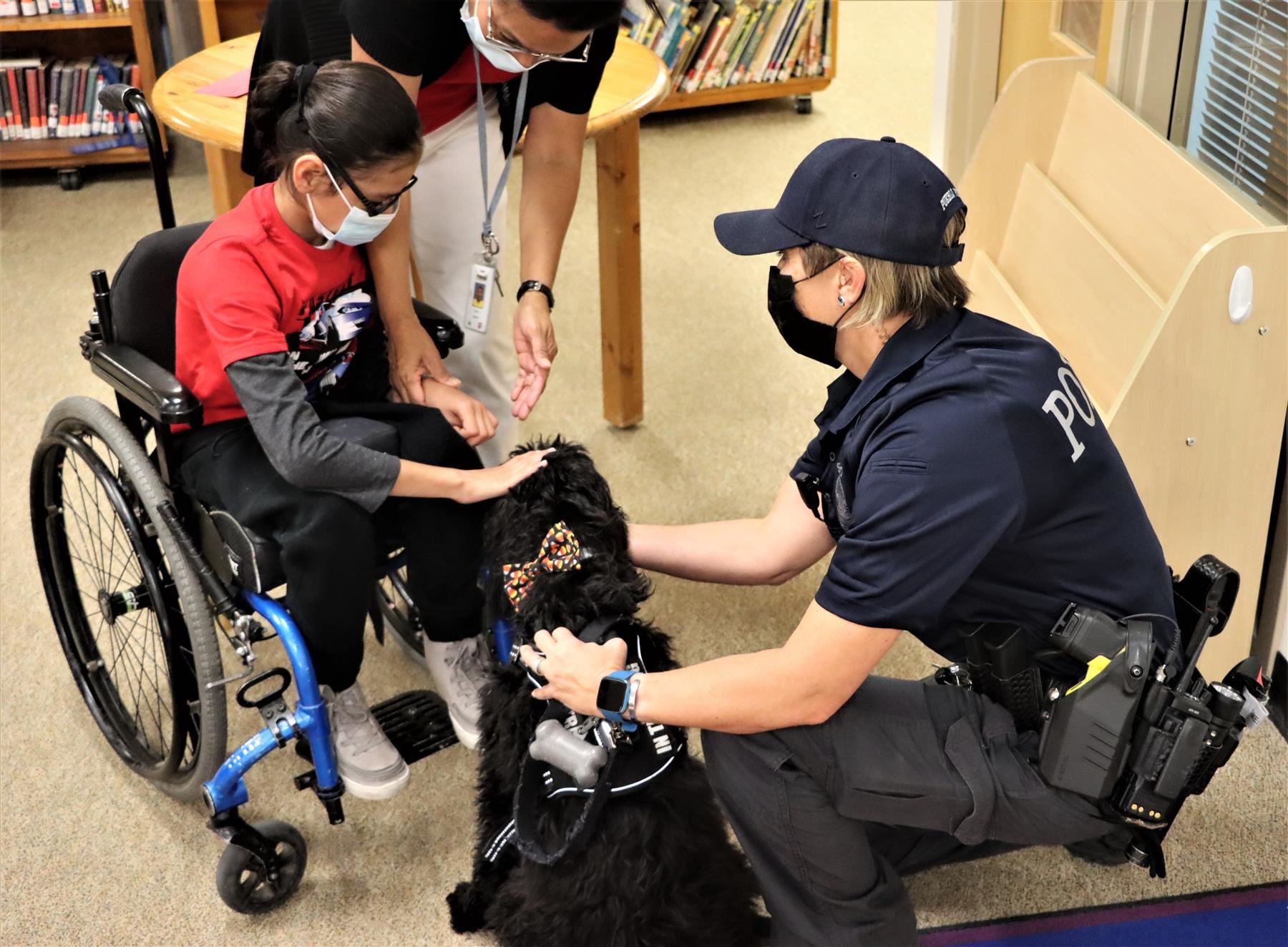 The message of the day was one of staying away from drugs, alcohol and poor choices.

And staying as close as possible to the handsome black standard Poodle in front of the room.

At a South Park Elementary School where red was the dominant color, School Resource Officer Monica Lemmon spent a portion of Tuesday morning imparting to the Cougars the notable benefits that come when a person is free of drugs, alcohol and cigarettes.

She also stressed the fact that giving into peer pressure can have an equally detrimental effect in one’s life.

“I’m here today to talk to you about making good choices, as it is Red Ribbon Week. That’s why you’re all wearing red,” Officer Lemmon began to a group of second graders. “And I brought my friend Ami.”

“Ami’s cute,” was the immediate response from a Cougar. “Is he a dog cop?”

“Ami is the Pueblo Police Department’s comfort dog,” explained Officer Lemmon. “So Ami doesn’t’ have any other job than making people feel happy and get cuddles.”

“That’s the best job in the world,” a Cougar astutely remarked. 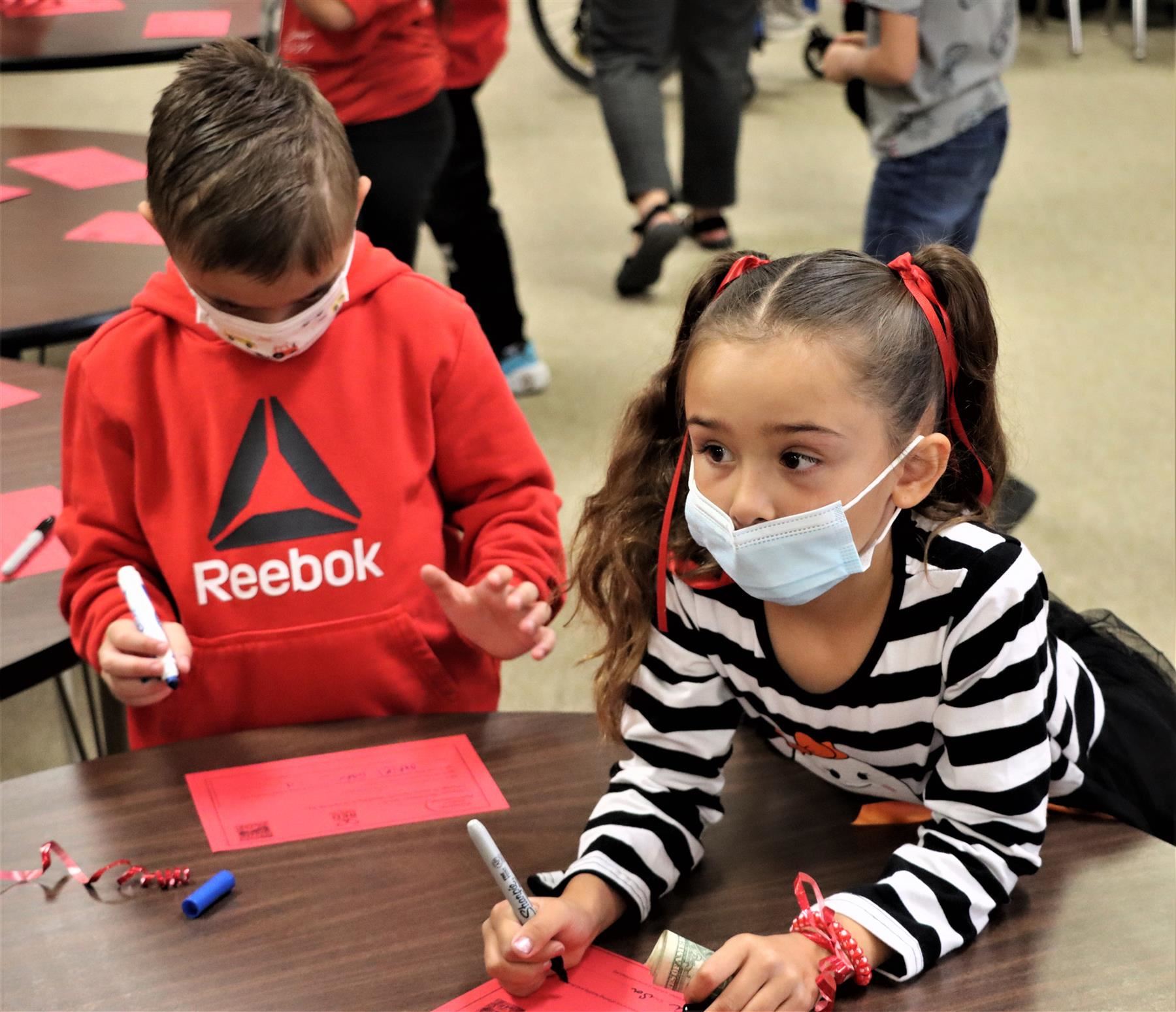 Officer Lemmon’s words then shifted to the meaning behind Red Ribbon Week: namely, the dangers to health and life that come with drug and alcohol use and abuse.

“First, I want to talk to you about peer pressure, and I’m going to give you an example,” Officer Lemmon began. “Say I’m your friend and I come to you with a Sharpie in my hand and say, ‘Let’s go in the bathroom and write our names on the bathroom stall.’

“Would that be a good idea?”

“Because you’re ruining the school’s stall,” a young girl assessed.

When drugs, alcohol and nicotine are involved, peer pressure can be especially ruinous.

“When we put things like alcohol and marijuana in our bodies, it affects our brains, and it makes our brain confused,” Officer Lemmon said. “And then, we can’t make good choices and good decisions, because our decision maker is broken.”

The essence of Red Ribbon Week, then, is a vitally important promise.

Across the board, the Cougars affirmed their willingness to “just say no.”

As the theme for Red Ribbon Week 2021 is “Drug Free Looks Like Me,” Officer Lemmon pointed to herself and South Park Principal Morganlee Kempf as representative examples of that theme.

“We don’t need to use those things,” Officer Lemmon announced. 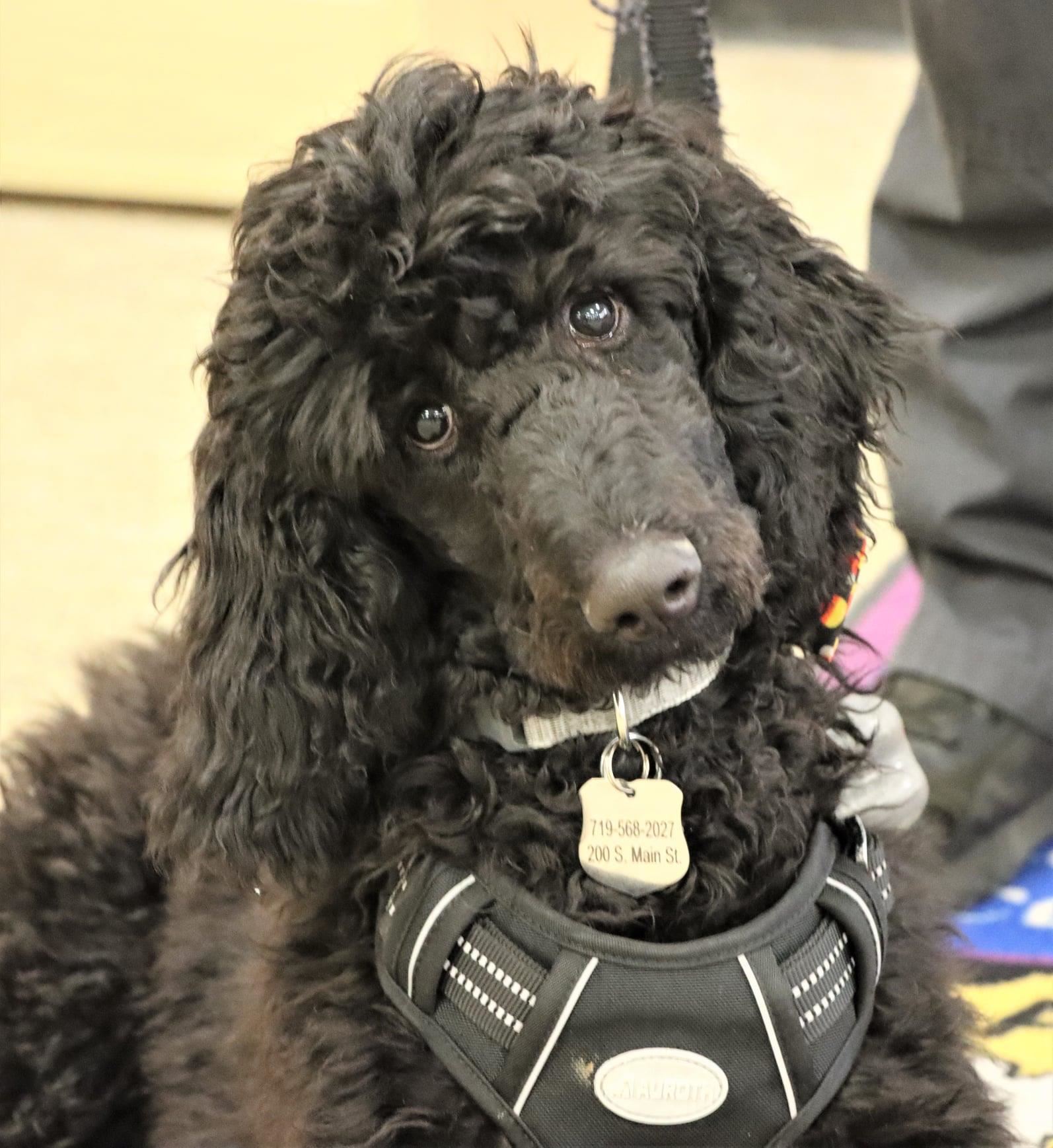 “He looks like he’s about to fall asleep,” one Cougar mused as he continually stroked Ami’s chin.

“That’s because he likes it very much,” replied Officer Lemmon.

“I want to hug him,” offered another child as the urge to smother the poodle became overbearing. “He’s just so soft.”

With Ami seemingly worn out by the overwhelming show of affection, Officer Lemmon directed the Cougars to a stack of bright red cards laid out on tables throughout the school’s Media Center.

There, the children reinforced their oral promise to Officer Lemmon by signing the cards and thereby declaring:

“I pledge to grow up safe, healthy and drug free by:

“Understanding the dangers of drug use and abuse.”

“Respecting myself and being drug free.”

“Spreading the word to family and friends about the importance of being healthy and drug free.”

Appropriately, each signed pledge was rewarded with a bright red ribbon and a glance of approval from Ami.