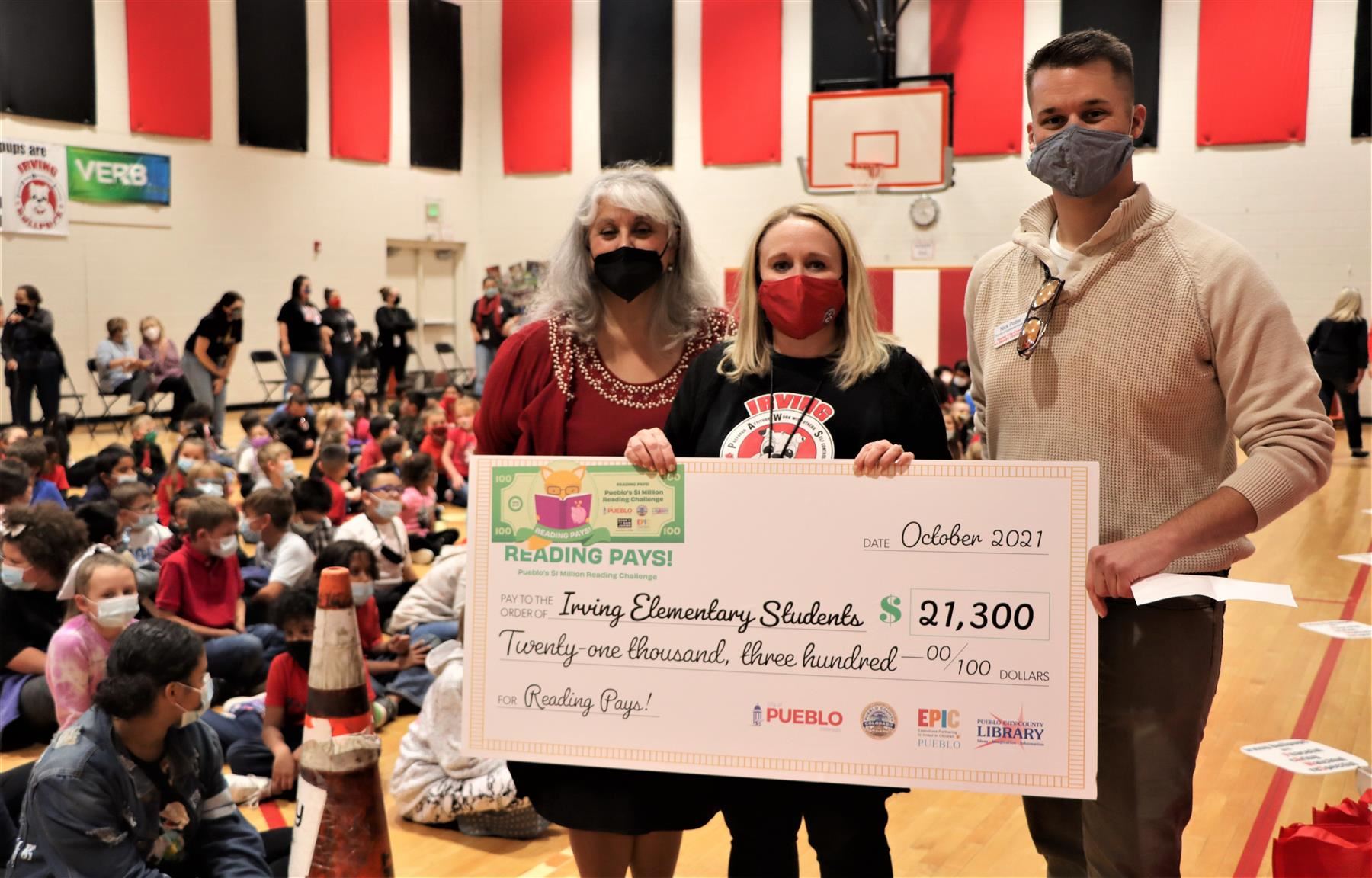 With financial support from the City and County, the Pueblo City-Country Library District’s “Reading Pays!” program promised $100 to every youngster up to the age of 17 who completed at least 10 books.

At Columbian Elementary School, 219 ThunderBolts earned $100 – tops in the District – with 213 Irving Elementary School Bullpups fulfilling the requirements. Additionally, 28 Bullpups twice completed the program -- with the 20 books read -- entitling these industrious scholars to an additional prize.

On Thursday, Nick Potter, Director of Community Relations and Development and Pueblo City-County Library District, and Mayoral Chief of Staff Laura Solano, arrived at Irving with a ceremonial check of $21,300 and high words of praise for the literary inclined Bullpups.

“Reading can be fun, and what’s more fun than getting $100 for reading 10 books?,” Principal Jayme Schwab told the Bullpups assembled in the school auditorium. “You have been asking me about your $100; well, today’s the day.”

Chief of Staff Solano congratulated the Bullpups who completed the program and extended Mayor Nick Gradisar’s compliments as well. She also explained to the scholars the City-County funding mechanism behind what was termed the “Million Dollar Reading Challenge.”

Nick Potter singled out the 28 Bullpups who completed the program twice, promising a special gift resting inside a bright red bag at the front of the auditorium.

“We called this program ‘Reading Pays!’ for a reason,” Mr. Potter told the Irving student body. “Not just because you get $100, but because it opens up so many doors and possibilities to you guys.

“And it’s fun: reading is fun, learning is fun. It unlocks so many things for you so keep it up. We are so happy that we can award you and reward you for all of your hard work this year.”

By school, here is the number of D60 book-savvy scholars who earned $100 for completing the “Reading Pays!” endeavor: