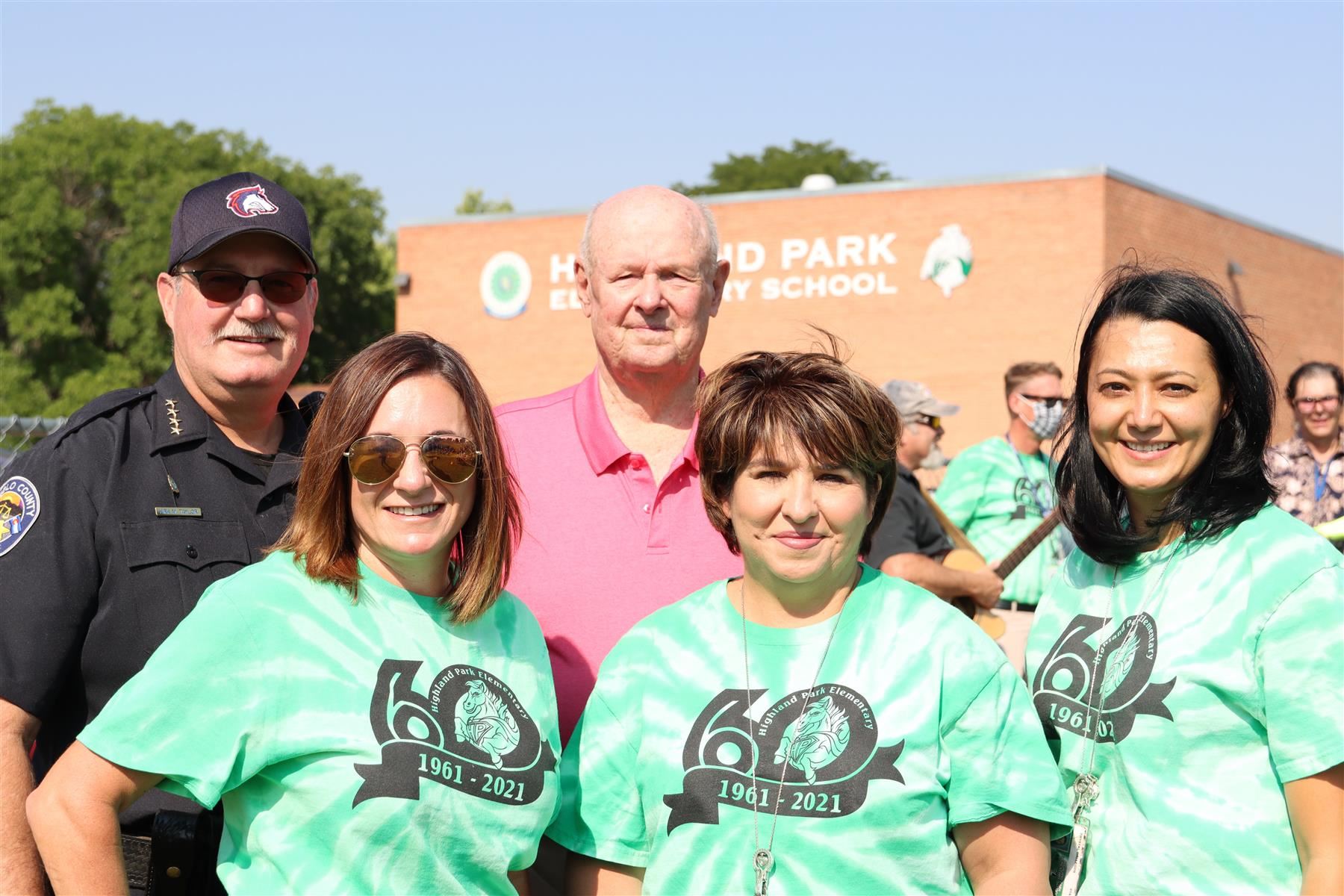 In 1961, John F. Kennedy was president, the Internet and high-technology were bold ideas waiting to be discovered, and a new elementary school opened on the South Side in anticipation of a housing boom that soon followed.

On Tuesday, Highland Park Elementary marked its 60th year as a jewel in the Pueblo School District 60 network.

Although Highland Park was named after a South Side sub-division, when the school opened its doors in 1961, it was surrounded by prairie, with the nearest residence blocks away on Hollywood Drive.

But like the SUPER Stallion student body, the South Side quickly began to expand, and today, the school serves nearly 400 pre-school through fifth-grade students.

In the expansive grassy play area that was merely dirt when the school opened, SUPER Stallions, Highland Park staff and Superintendent Charlotte Macaluso and members of her leadership team – looking resplendent in tie-dyed green shirts reflecting the school’s color – were welcomed to the anniversary celebration by Principal Crystal Gallegos, who began with some highlights from the school’s colorful history.

“When the school first opened, our school was not completely ready so students had to attend Sunset Park for a period of time until the building was complete,” Principal Gallegos explained. “In 2014, Highland Park became a STEM school, which brought in Project Lead the Way science curriculum, and a new way of thinking and planning through hands-on, inquiry-based learning opportunities.”

As a complement to its STEM curriculum, Highland Park has partnered with Transportation Technology Center, Inc., a collaboration that’s resulted in purchased curriculum, volunteers serving as “co-teachers” on Fridays, and placement of a large multiplication mural in the third-grade hallway.

“We are grateful for their continued partnership,” Principal Gallegos said.

The Highland Park student body, Principal Gallegos went on, prides itself on being SUPER: Safe, Understanding, Proud, Excellent and Respectful. 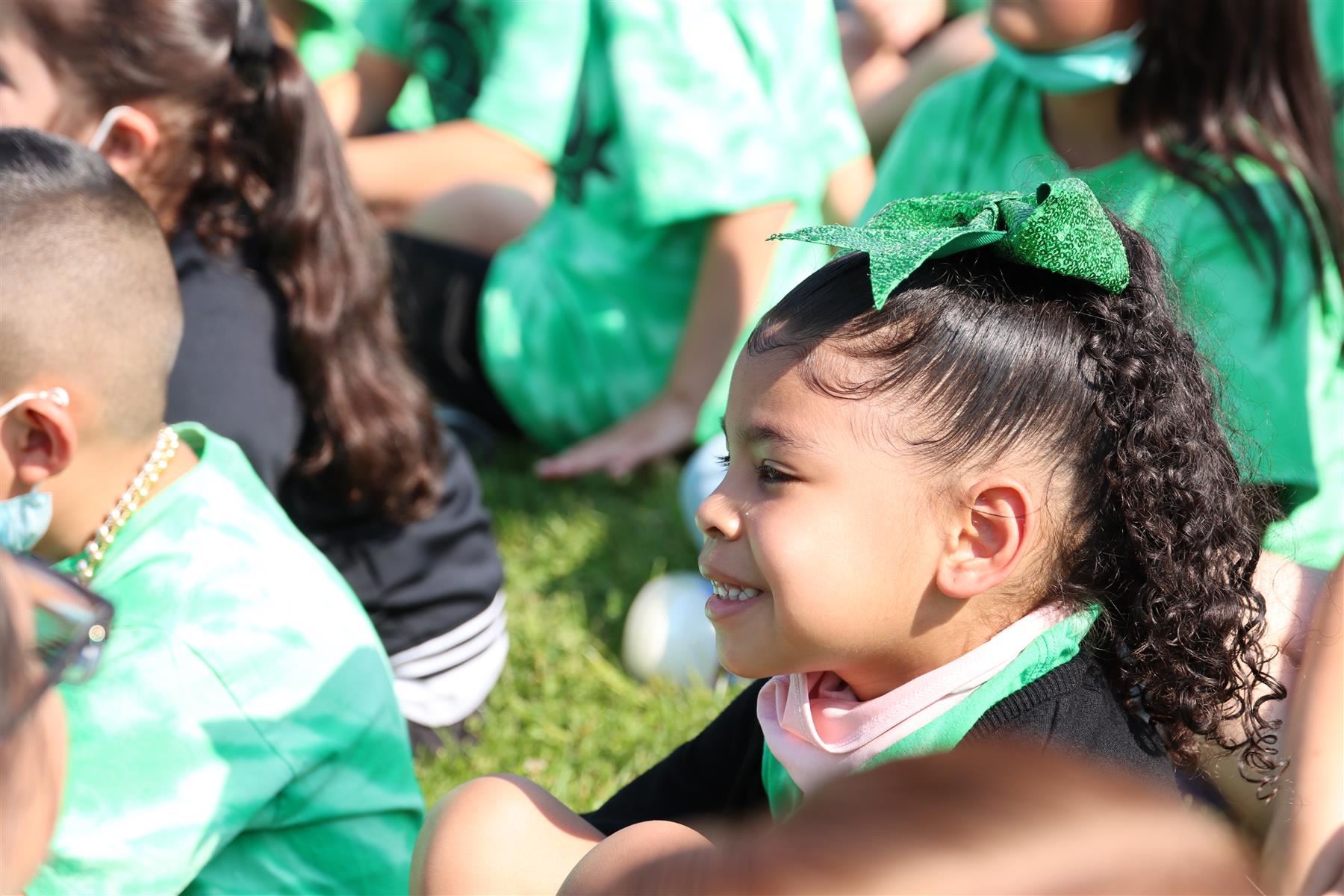 “As you walk through the halls of Highland Park, it may sound and look different than it did in the 1960s,” she said. “After all, in 1961, they didn’t have projectors, or DotCams, phones, or even Internet. However, we all still come to this building to learn and grow as a school community.

“We are building the future here and can’t wait to see what our students will be in the next 60 years.”

One of the SUPER Stallions who went on to a successful and community-enhancing future is Sheriff Kirk Taylor, who told the youngsters seated before him that his time at Highland Park provided some of the best years of his life.

“You guys go to the best school in District 60, let me tell you,” Sheriff Taylor said as applause filled the air. “Of course, I’m biased: I went to school here in 1969, and the school was pretty new then. But let me tell you: you will never find any people – other than your parents – who will advocate for you and help you in life more than this staff, and these teachers, and this principal.

Coinciding with Highland Park’s opening was the start of Bill Kocman’s 34 years as a physical education teacher.

One of only a handful of surviving faculty from that historic year, Mr. Kocman reminisced about the past while encouraging the Super Stallions to continue galloping toward the future.

“I haven’t been in a classroom in 27 years,” Mr. Kocman began. “And today, it looks like the class I left 27 years ago: bright, smart, happy children. And that made my life for the 34 years that I taught.”

In his first year of teaching, Mr. Kocman split his time between Highland Park and Sunset Park.

“We were both very small schools that were just starting out,” he said. “When I came here, this beautiful building that looks like it did in 1961 wasn’t complete. The gym wasn’t finished, so we had physical education classes outdoors and we worked in the cafeteria.” 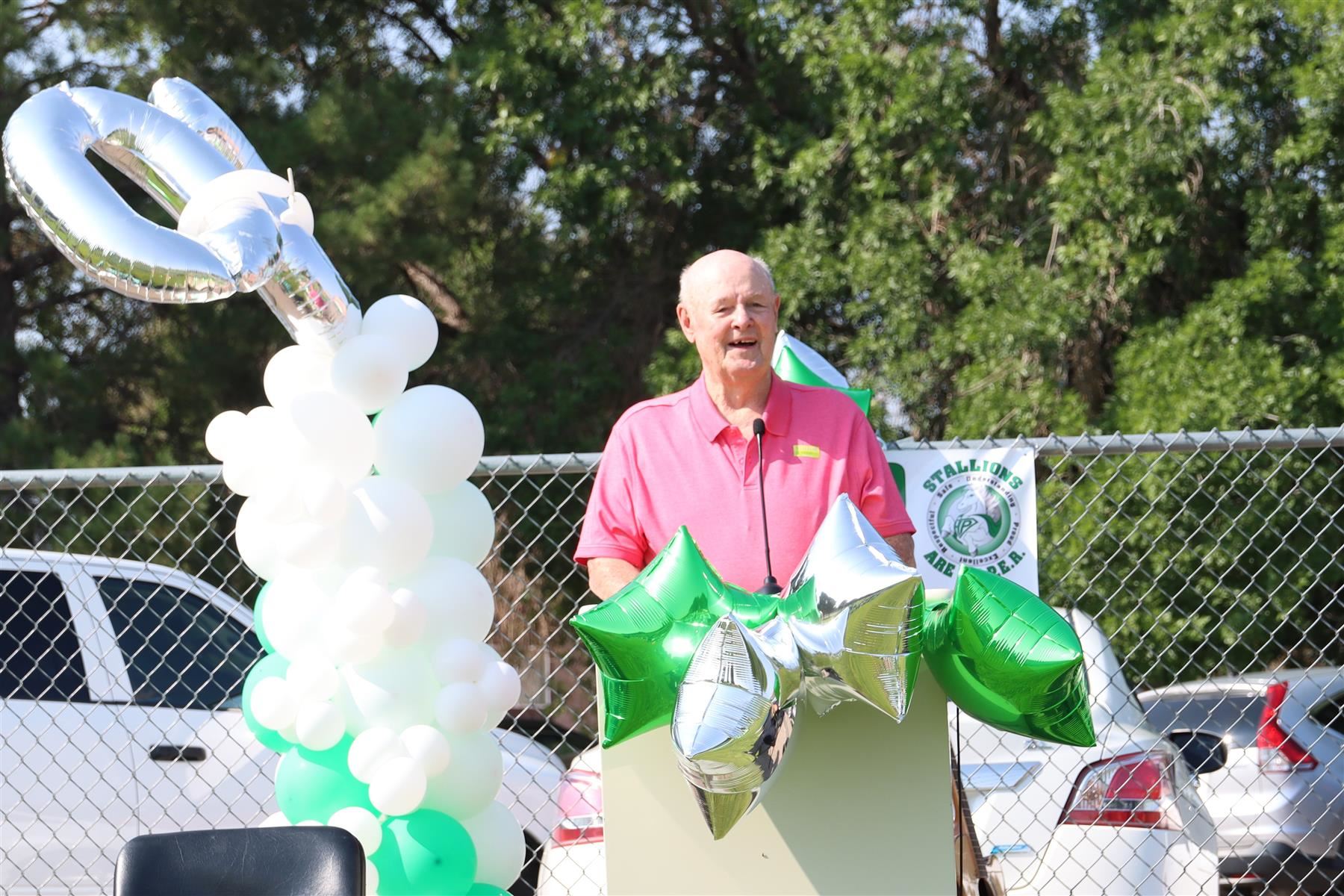 “This school has been a special example for all of District 60,” he said. “It started out as a good school, and during my 34 years, it was always getting better: and what I know about it since then, it just continues to improve.

Like Sheriff Taylor, Karlie Zabukovic attended Highland Park and like Mr. Kocman, she began her educational career there.

Today, she is a STEM Teacher on Special Assignment, working with SUPER Stallions on Project Lead the Way.

“In 1999, I was hired to teach first grade here at Highland Park,” Mrs. Zabukovic said. “And I taught in the same classroom where I learned to read: Room 117. My children and husband are Highland Park Stallions as well. We are a big part of this community, and it means a lot to us.”

During his time as Highland Park’s music teacher, Jerry Jones crafted a school song set to the melody of “Yellow Submarine.”

Now retired, Mr. Jones returned to lead the “sea of green” in a festive rendition of the song, which he christened “S.U.P.E.R. Song.”

The air was filled with the spirited vocals and handclaps of the youngsters and their adult counterparts, with the song’s inescapable chorus echoing through the play area long after the celebration ended. 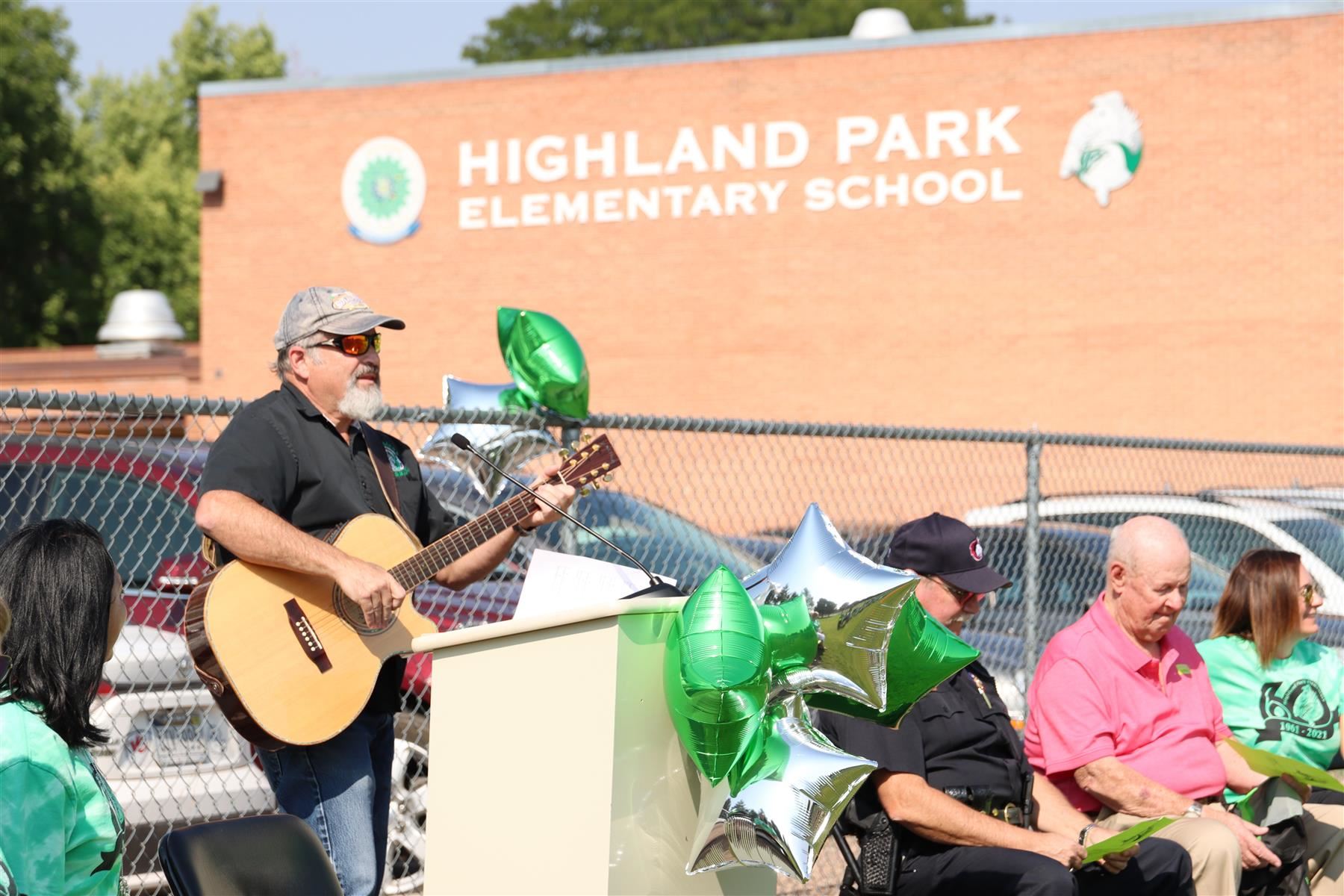