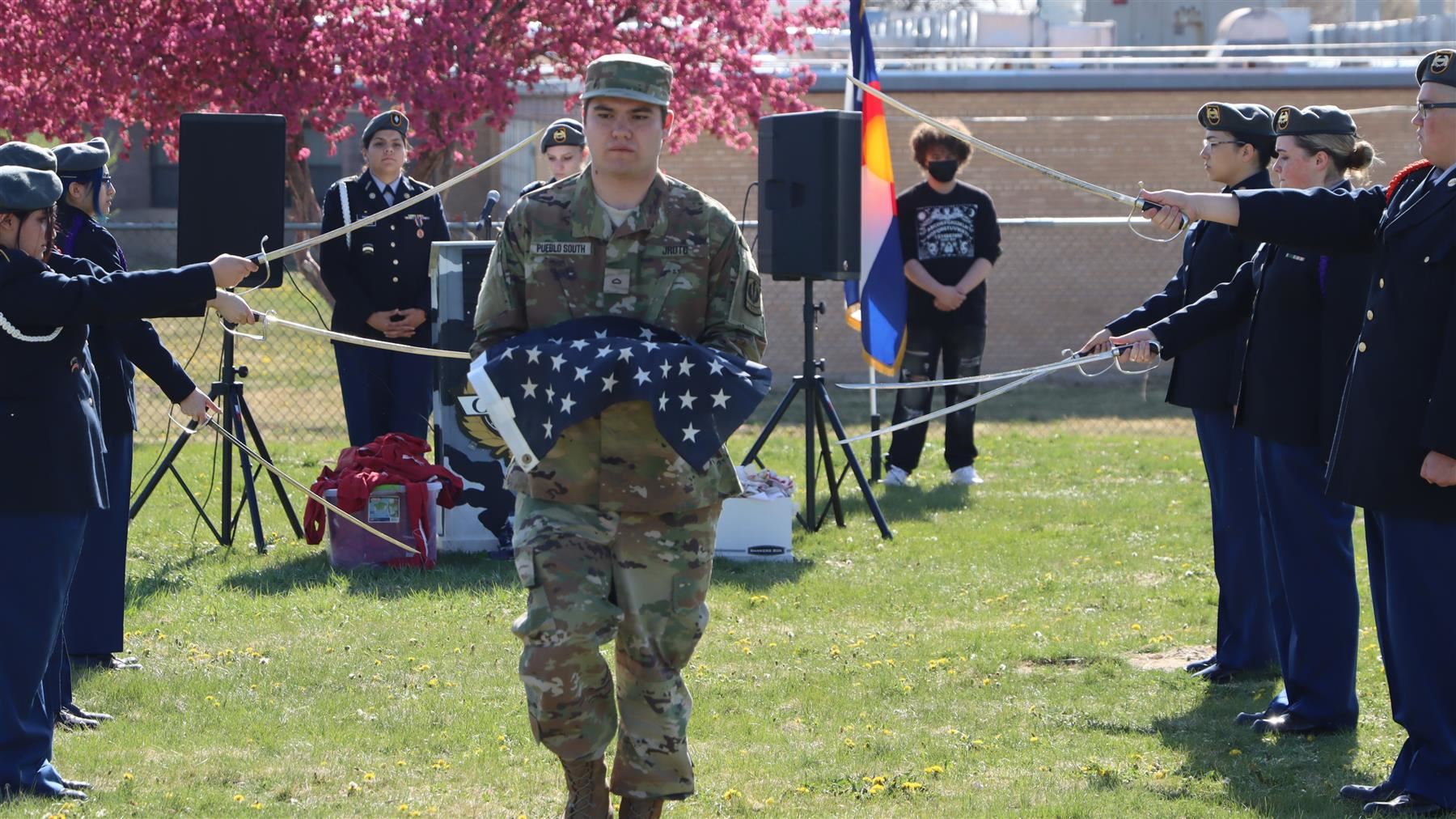 When a U.S. flag is in such condition that it is no longer a fitting emblem for display, U.S. Code directs that it be destroyed in a dignified way, preferably by burning. 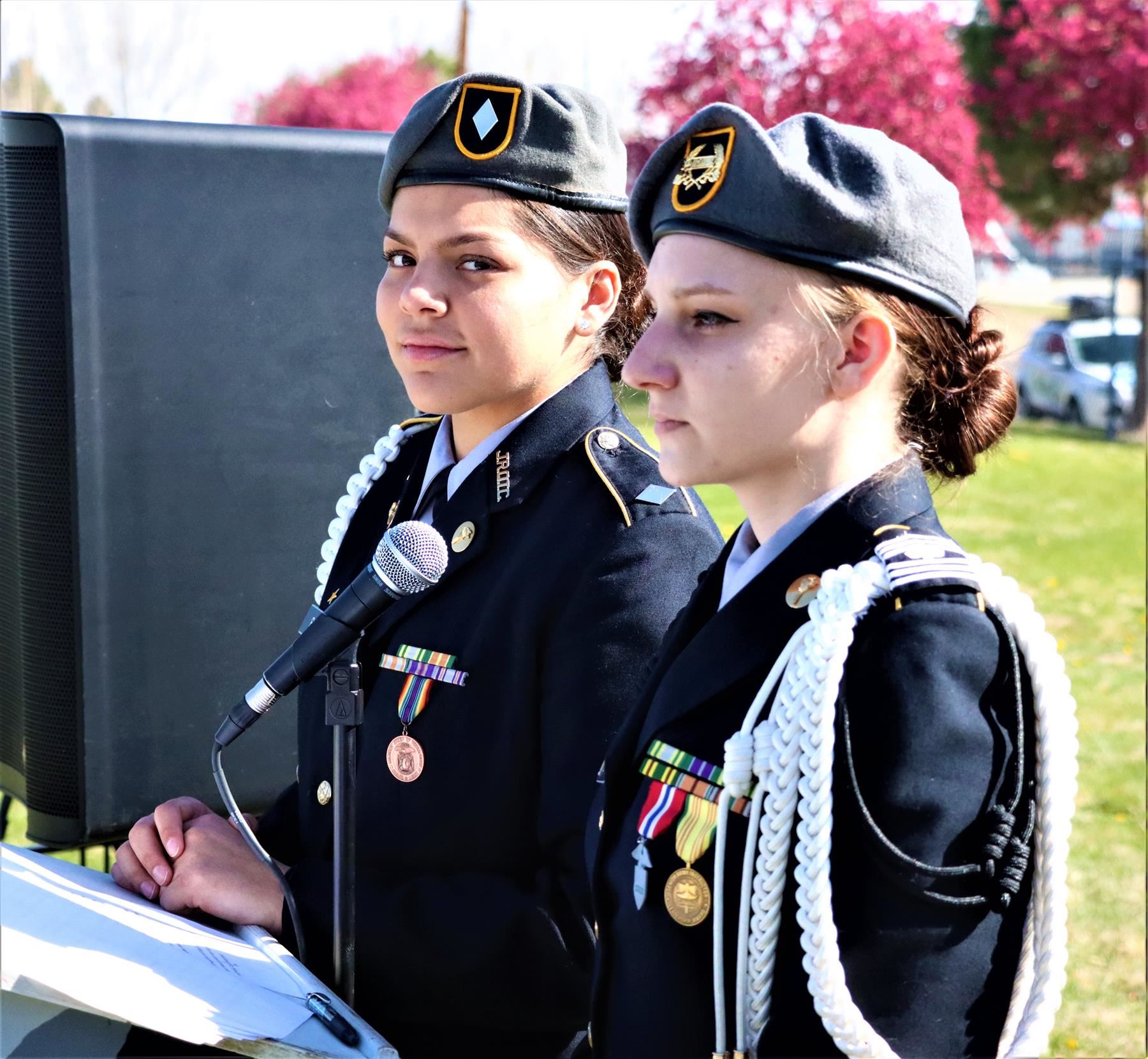 On Thursday, cadets from South High School’s JROTC program ensured that a cache of faded and worn flags – cut into pieces per proper protocol – were properly disposed of before a gallery of Colts and community members.

With the pandemic preventing this annual ceremony from taking place for several years, a good number of flags flown across the state and nation were collected by the South cadets for retirement.

A key part of the ceremony is the methodical cutting of the flags in a specified manner. This requires separating the white and red stripes from the blue-star field, known as the Union, in preparation for incineration.

In anticipation of Thursday’s ceremony, cadets prepared the flags by cutting them in the proper method.

With Command Sergeant Major Brenna Golledge and Executive Officer Major Yesly Parra presiding, the ceremony began with the Posting of Colors and Presenting of Arms, followed by the singing of the National Anthem by South Choir members

“Some of these flags that we are retiring today have been displayed in various public places all over the state and even the nation,” those assembled learned. “They have become faded and worn over the graves of our departed comrades who paid the ultimate price for our freedom.

“When the United States flag becomes worn, torn, faded or badly soiled, it should no longer by displayed. The flag should be replaced and then disposed of with the respect and dignity befitting this symbol of our great nation.”

As Cadets, Colt students and faculty began depositing the flag pieces into two incinerators, the Cadet Leaders offered historical background on the significance behind the individual pieces.

As an example, the third red stripe “reminds us of the blood of the brave men and women who were ready to die in the pursuit of freedom and are still serving to keep our nation free, and to pursue the cause of freedom for those suffering oppression worldwide.” 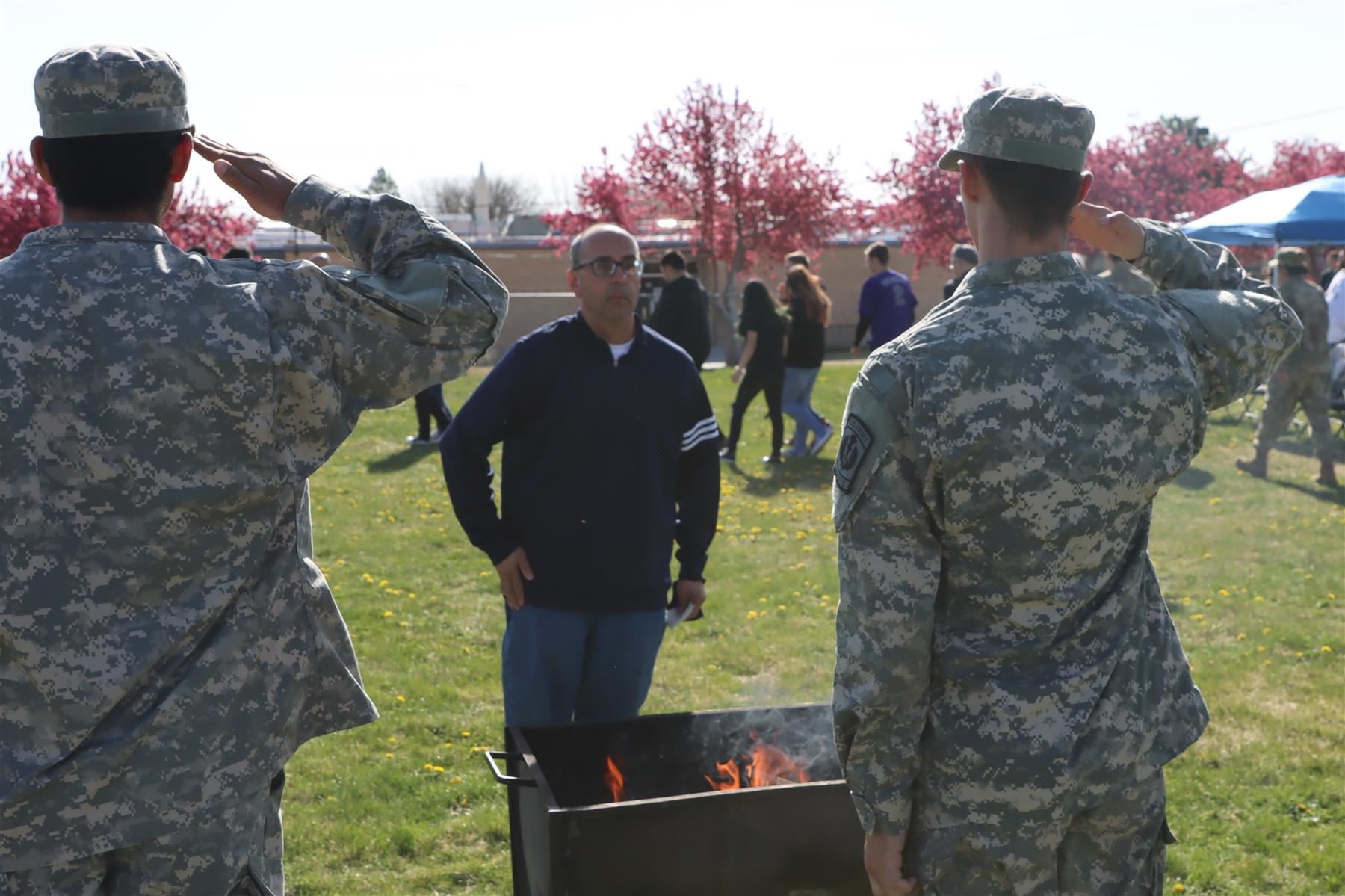 The Union is representative of truth and justice, with the stars on the Union representing the 50 sovereign states, with the first white stripe a symbol of purity and cleanliness of purpose, thought, word and deed.

As the ceremonial burning continued, a poem befitting of the patriotic action taking place was read.

“I have been soiled upon, burned, torn and trampled in the streets of my country. And when it’s done by those whom I’ve served in battles, it hurts: but I shall overcome, for I am strong.

The ceremony was concluded with the playing of Taps: the historic bugle call that calls to mind all those who have died in service to America.

One of the attendees at Thursday’s ceremony, Staff Sergeant Frankie Feliciano, is a local Army recruiter.

“It was an honor to know that schools are doing this,” Staff Sergeant Feliciano said. “I hope they keep doing it, because it means a lot to me, being in the service, and for those who are not with us today as well.”