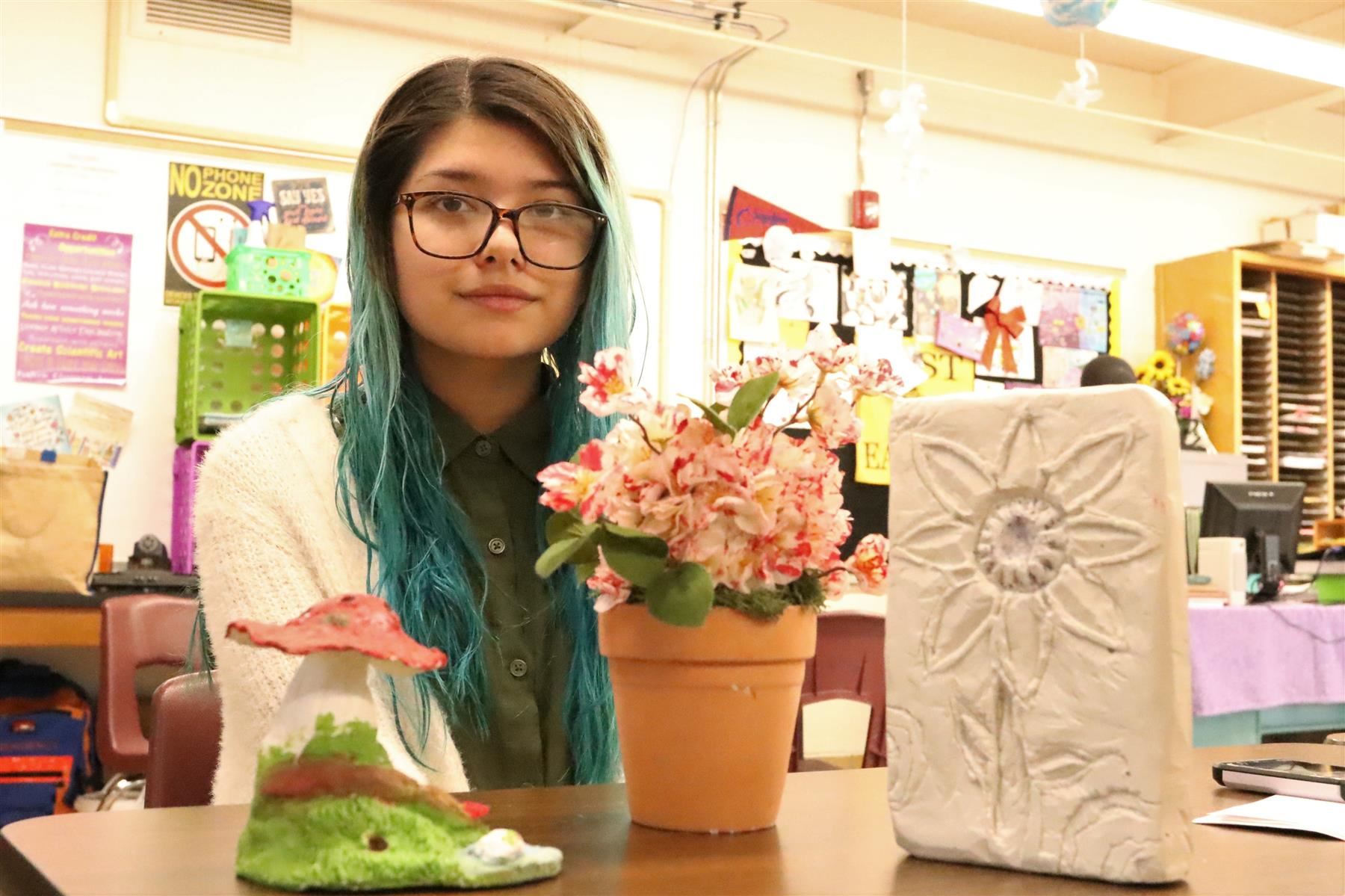 As its name would indicate, the International Baccalaureate curriculum is designed to open global doors by developing inquiring, knowledgeable, confident, and caring young people.

The IB Program empowers scholars to take ownership in their own learning and help them develop future-ready skills to make a difference and thrive in an ever-changing world.

For scholars between the ages of 11 and 16, the International Baccalaureate Middle Years Program is intended to prepare students for the two-year IB Diploma program. A foundational aspect of MYP is the Personal Project, which allows MYP students in their final year to explore an area of personal interest over an extended period, culminating with the creation of a project.

The project is complemented by an oral presentation and inquiries from “supervisors” – administrators, educators, parapros, security personnel, and others – designed to explore a scholars’ depth of knowledge about his or her creation.

At East High School, where the IB Program has enjoyed a long and fruitful history, MYP sophomores recently unveiled their Personal Projects to the Eagle Empire.

“The Personal Projects Showcase happens at the very end of the MYP program, which initially starts at Corwin,” explained East Principal Andy Clementi, a fervent IB advocate. “Every freshman and sophomore in this building is an MYP student, so the Showcase allows them to choose a topic they are passionate about, or that means something to them, and over a course of a few months, prepare the Project for presentation.”

With the Project displays set up within the halls of East, the whole of the Eagle Empire was exposed to the fruits of weeks of effort and labor. 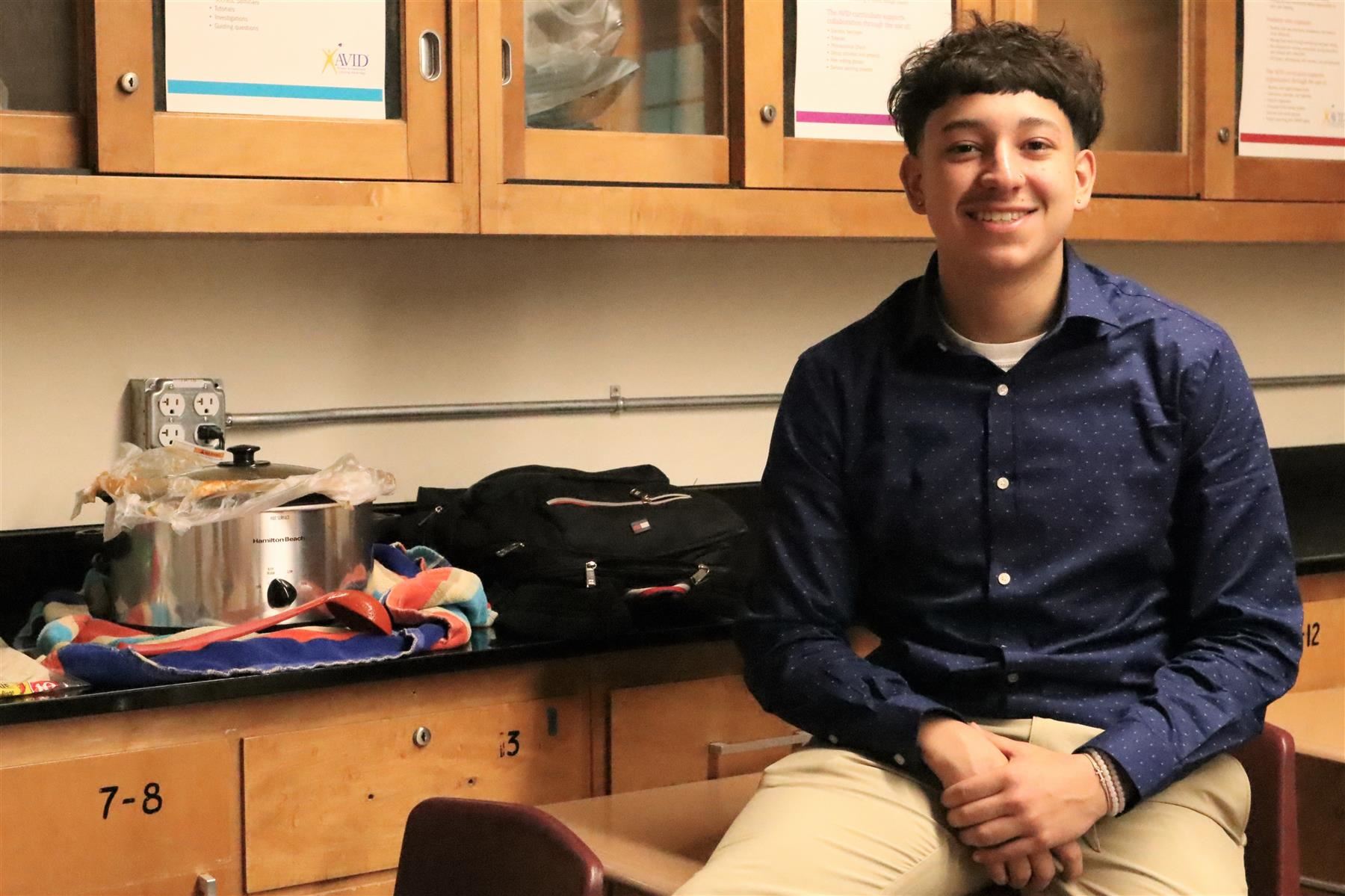 “We want all the kids to see what their classmates are doing,” Principal Clementi added.

Impressively, the scope of the Projects was extremely varied.

One MYP scholar designed a step-by-step guide to changing a vehicle’s brake pads. Others – many for the first time – created delicious delicacies from scratch, sometimes using family recipes. Those with a flair for the artistic crafted dance routines, musical pieces and paintings, while the more scientifically inclined outlined the steps involved in a crime scene investigation and the materials used in the construction of football helmets, as examples.

An athlete at East, Mike Suazo elected to branch out and bake cookies.

“I’ve never baked cookies before,” Mike said. “I followed a recipe that my Mom sent me and I’ve heard they turned out pretty well.”

With great attention to detail, Mike used a toothpick to frost his homemade goodness in a “tie-dye” fashion.

“I don’t know if I have a future in culinary, but at least I know I can cook for myself if I’m hungry,” Mike added.

Similar to Mike, Javen Trujillo parlayed a family recipe into a delicious pot of posole that garnered rave reviews from taste testers.

“I’ve been eating posole since I was a young kid, but this is the first time I’ve made it,” Javen said. “Honestly, it wasn’t difficult. I took it step by step from the recipe my Grandma gave me and went from there.”

The IB program, Javen said, “pushes me as a student. It’s a lot of work, especially if you play sports or other activities, but it really helps you get prepared for the future.” 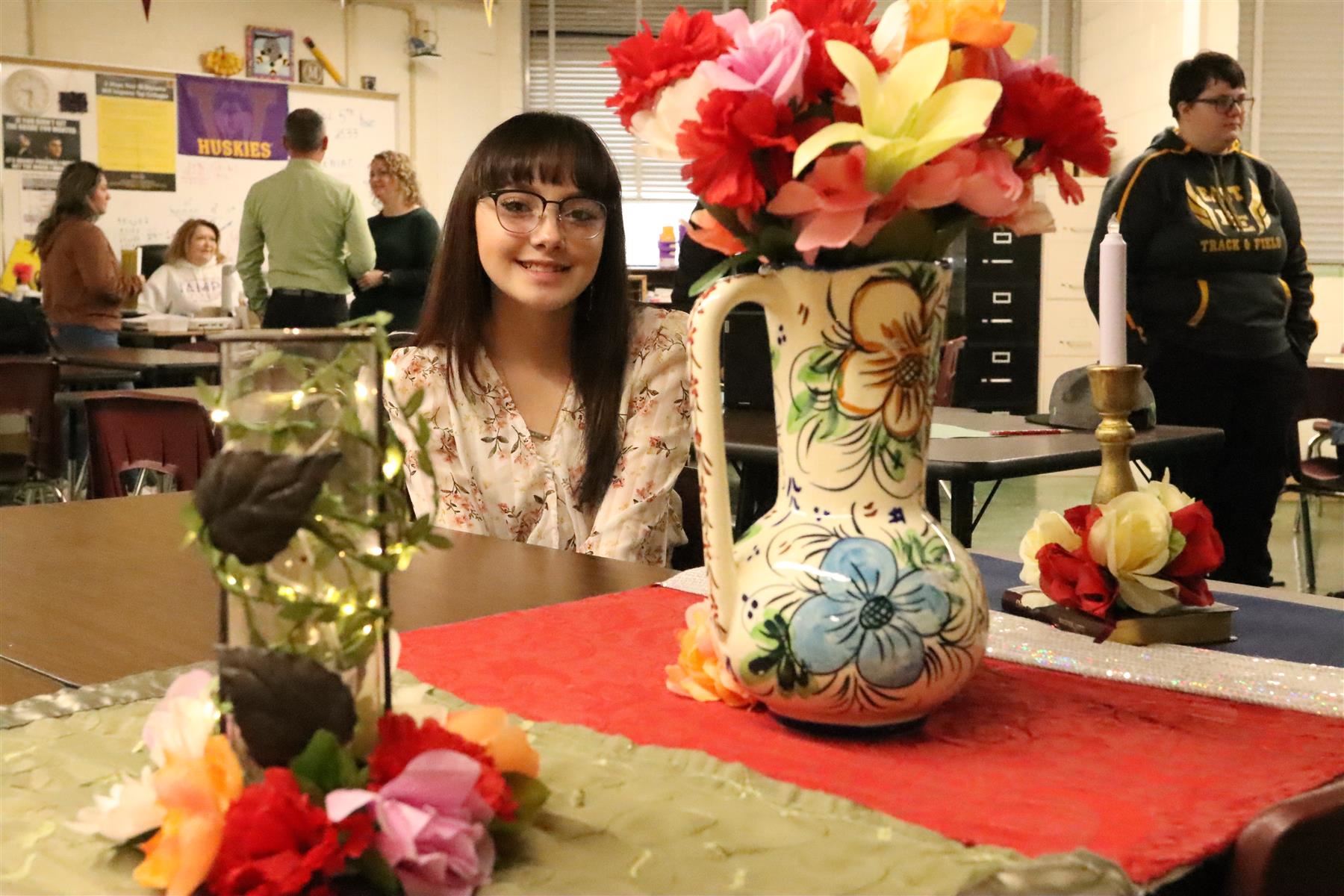 For Ariana Leon-Mendoza, an exquisitely decorated table for a young girl’s Quinceanera celebration served as her Project.

“Growing up in a Hispanic household, you’re introduced, at a young age, of going to those parties,” Ariana said. “And it’s been a dream to have one. But I wasn’t able to because of COVID, so it made me realize the importance of them, and how much of a memory they create.”

Ariana’s table included both Enchanted Forest and “Beauty and the Beast” themes.

“I want to learn this so I can create my own party-planning business,” she added.

With an interest in forensic science as a potential career, it was only natural that Elizabeth Serna detailed the intricacies of crime scene investigation for her Project.

“I detailed different types of evidence collected at crime scenes and how it’s used to help cases,” Elizabeth explained. “I became interested in forensic science through TV shows in which crime scenes are investigated and the different things used to solve cases.

“It’s just really interesting to me.”

A budding music producer, Jaron Robles used a MIDI controller coupled with a laptop to forge electronically based tracks that point heavily toward the future.

“My cousin Ramon used to DJ,” Jaron said. “Unfortunately, he got diagnosed with cancer and passed away in 2018. So I want to continue his musical legacy, because he taught me a lot of things and had a huge impact on my life.” 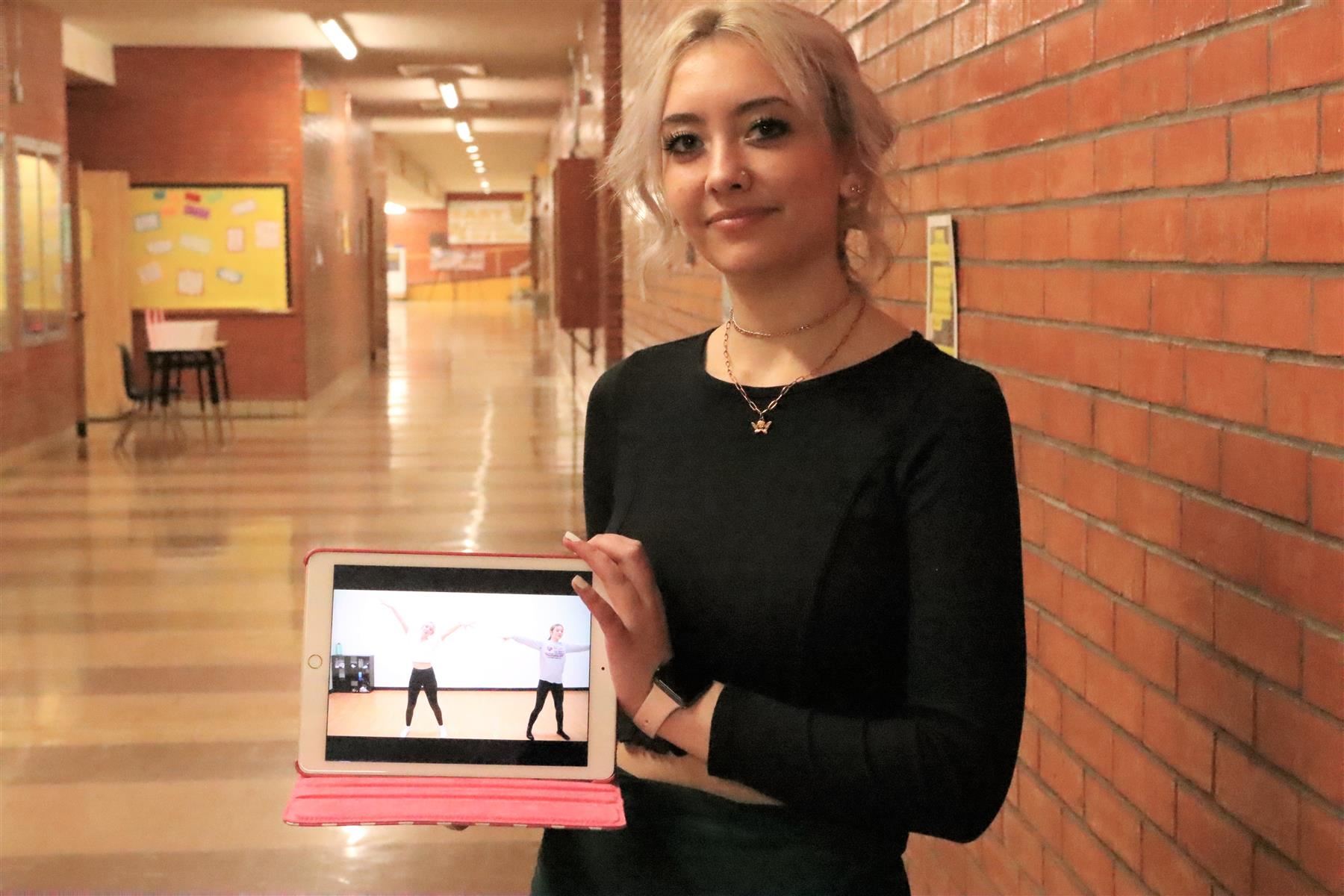 Continuing on the artistic side of things, Michael Sandoval used a welder and scrap pieces to create a long-legged “metal spider.”

“I’ve always like to make things,” Michael said. “And doing this gave me new skills, like welding, which I learned through the manufacturing class here. And it’s something I might pursue as a career.”

A member of the East cheer team, Rory Lewis wanted to expose others to the benefits of dance by presenting a personally choreographed routine.

“Dancing has made me so happy that I wanted to share that with others,” Rory said. “I’ve never taken any dance classes, but I’ve taught myself how to do it, and then joined the cheer team.”

The evolution of Rory’s routine was as natural as it comes.

“I just put the song on and the moves came to me,” she said. “I was using moves from dances I had previously done, but a lot of it is new that I just came up with.”