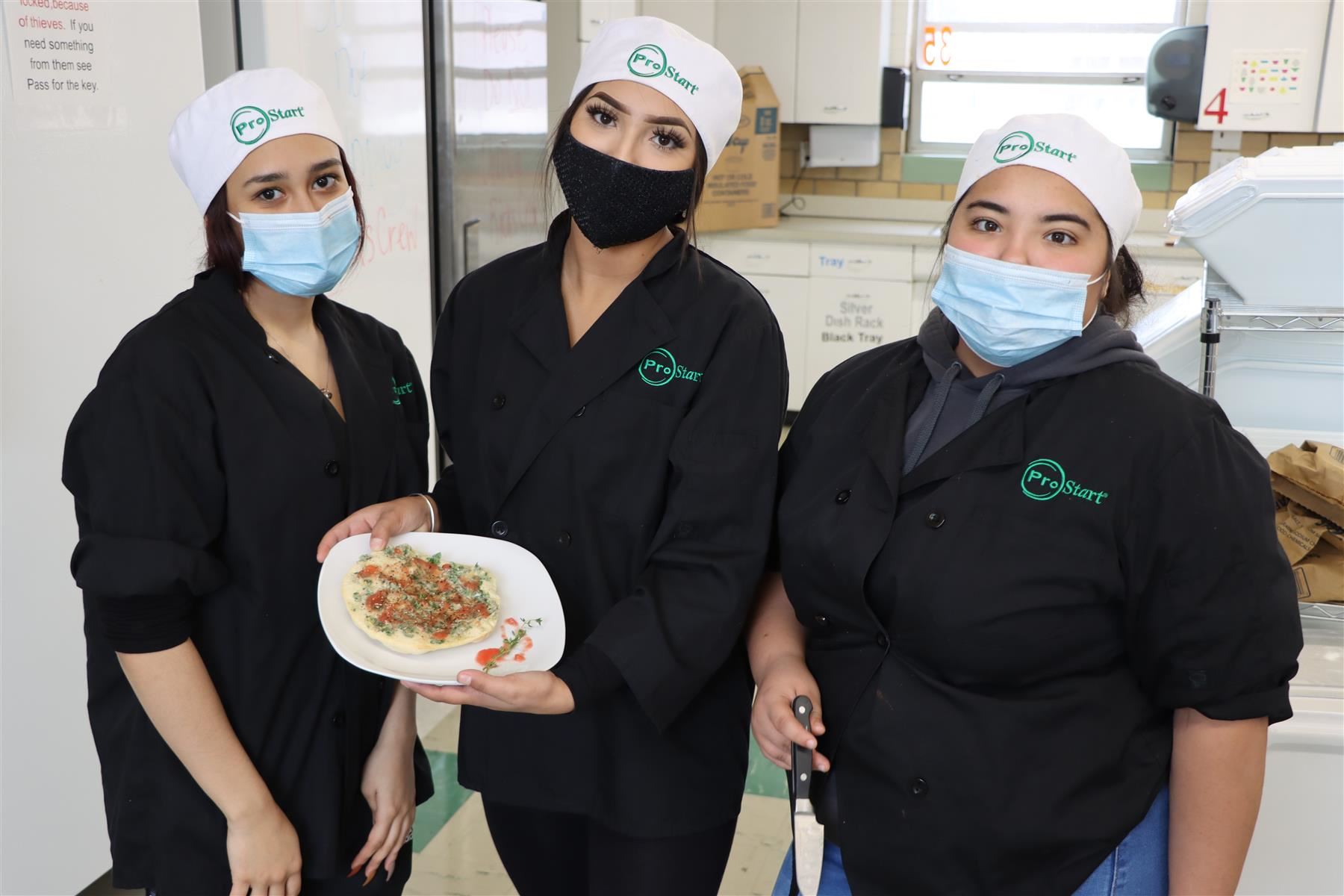 Each year, the Pueblo City-County Library District sponsors a county-wide literacy project fittingly entitled “All Pueblo Reads.” The objective is to get everyone reading and discussing one book at the same time.

The centerpiece of this year’s “All Pueblo Reads” is “Ottolenghi Flavor: A Cookbook.” Written by Yotam Ottolenghi, an internationally-renown chef and best-selling author, the stylish tome features more than 100 plant-based recipes, each embellished with eye-catching photos and the author’s insights.

For Janae Passalaqua and her ProStart students at East High School, this year’s selection provided a Grade A opportunity to not only participate in “All Pueblo Reads” but put the cookbook’s exotic and flavorful recipes to the test.

“I saw the book as an absolute learning experience for the students,” said Ms. Passalaqua. “The cookbook is absolutely beautiful: the photos, the recipes, the techniques. From the moment they opened the book, the students were engaged.

“A lot of people don’t look at a cookbook as reading material, but many people do: including myself and my mother, and now the students.”

Thanks to Nick Potter, Director of Communications for the Pueblo City-Country Library District, the ProStart students were provided with a set of the cookbooks. Then, in teams of two and three, the Eagles were tasked to select a recipe and then prepare the dish according to Mr. Ottolenghi’s directions.

Admittedly, the ProStarters selected their chosen recipe based on the elaborate and incredibly detailed photos of the finished dish. 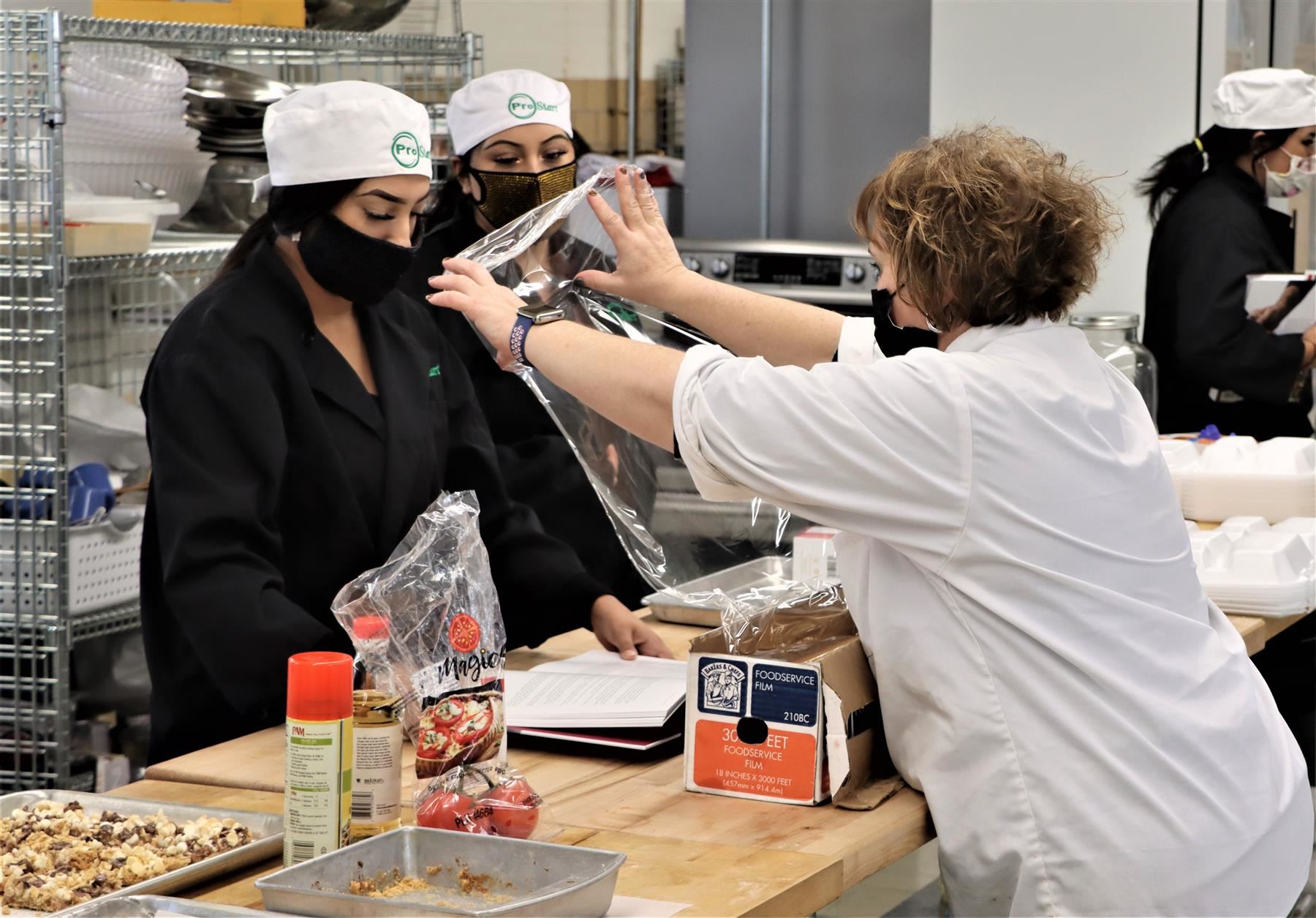 From the outset, it was clear this would be an enlightening experience. Attesting to Mr. Ottolenghi’s international vision and flair for the romantic, many of the recipes contain ingredients not commonly found on the local shelves.

“After they submitted their grocery lists to me, it was pretty clear that I was going to have a difficult time finding some of the ingredients,” Ms. Passalaqua said. “With Pueblo being such a ‘food desert,’ as I like to call it, some were hard to find.

“So I had to look around and substitute a few things that I couldn’t obtain.”

With all the ingredients in place, the internationally flavored adventure unfolded inside East’s ProStart kitchen, where the Eagles laboriously brought their selected plant-based dish to life.

The preparation process required meticulous attention to detail, with many of the projects requiring as many as three separate heatings, at various temperatures, with additional ingredients added in between.

Precision, then, was of the essence, with the proof, as the saying goes, in the sorbet and tapioca.

There was no question that the final results would have pleased the discerning palate of Mr. Ottolenghi himself.

The dishes were extremely flavorful and palate expanding, with the diverse set of ingredients playing a key role in the savory result. 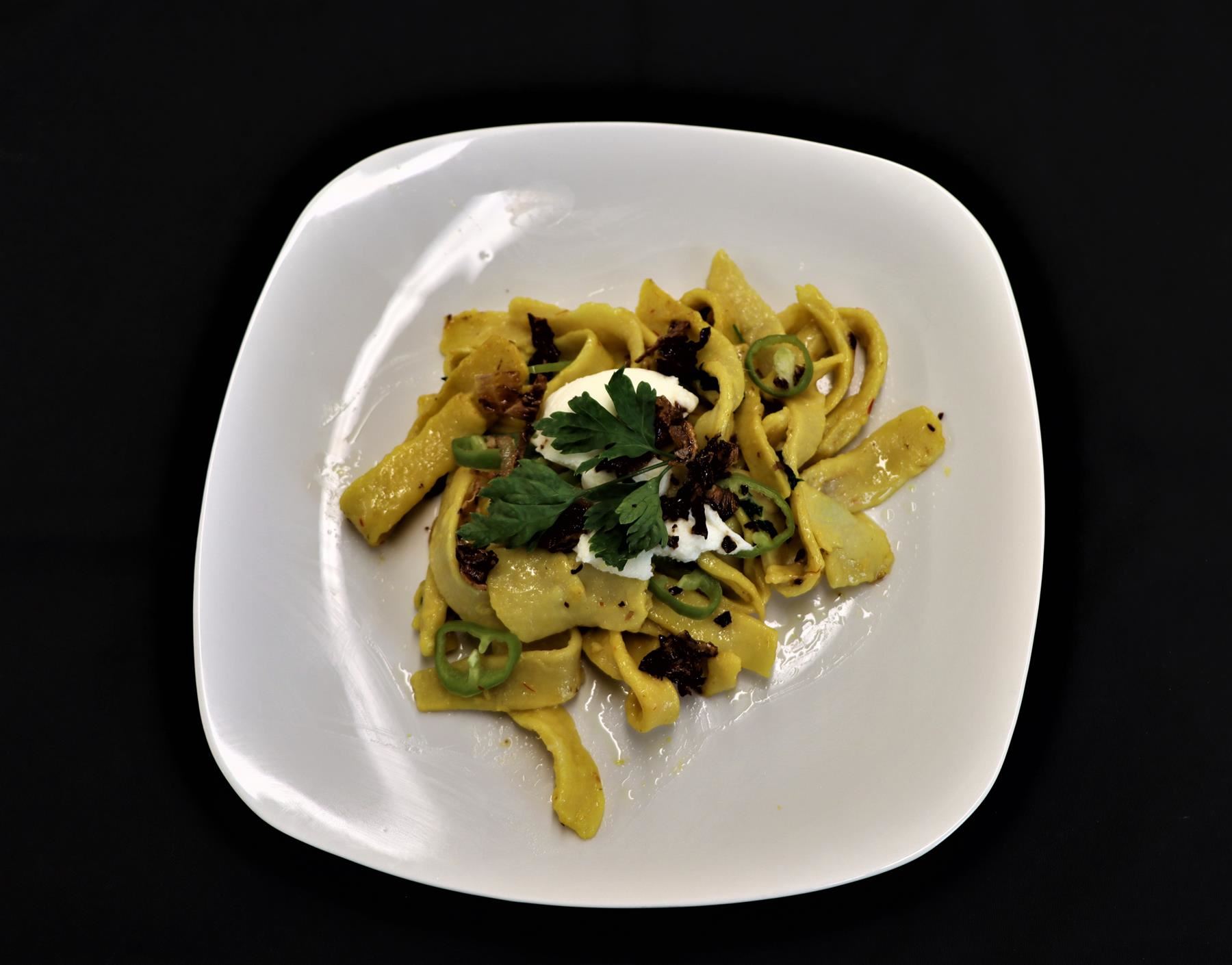 “The dishes were excellent,” Ms. Passalaqua said. “We were so pleased with the results that the students decided to incorporate some of the recipes into the menu for their ProStart competition in February.”

To chronicle the journey initiated by the “All Pueblo Reads” selection, each ProStart created a short video.

“Inside the Golden Feather restaurant, the students set up with their dish and answered some questions about the recipe: what they liked, what they didn’t like, what they would change and what they learned,” Ms. Passalaqua said.

“This experience was about opening their palate to ingredients they aren’t used to, like polenta.”

As part of “All Pueblo Reads,” the library district offered a Booklovers Brunch livestream, hosted by Mr. Potter and Andrea Aragon from inside East’s ProStart kitchen.

With Mr. Ottolenghi appearing virtually from England, the esteemed chef prepared one of his dishes as he answered questions submitted by both ProStart students and community members.

He also offered this sage advice to the Eagles:

“Cooking and serving food could be the most rewarding jobs in the world if you set out on the journey with the right kind of skill set and positive attitude. Enjoy the benefits of a solid early training, of loving ingredients and putting together exciting menus, and you are set for life.”