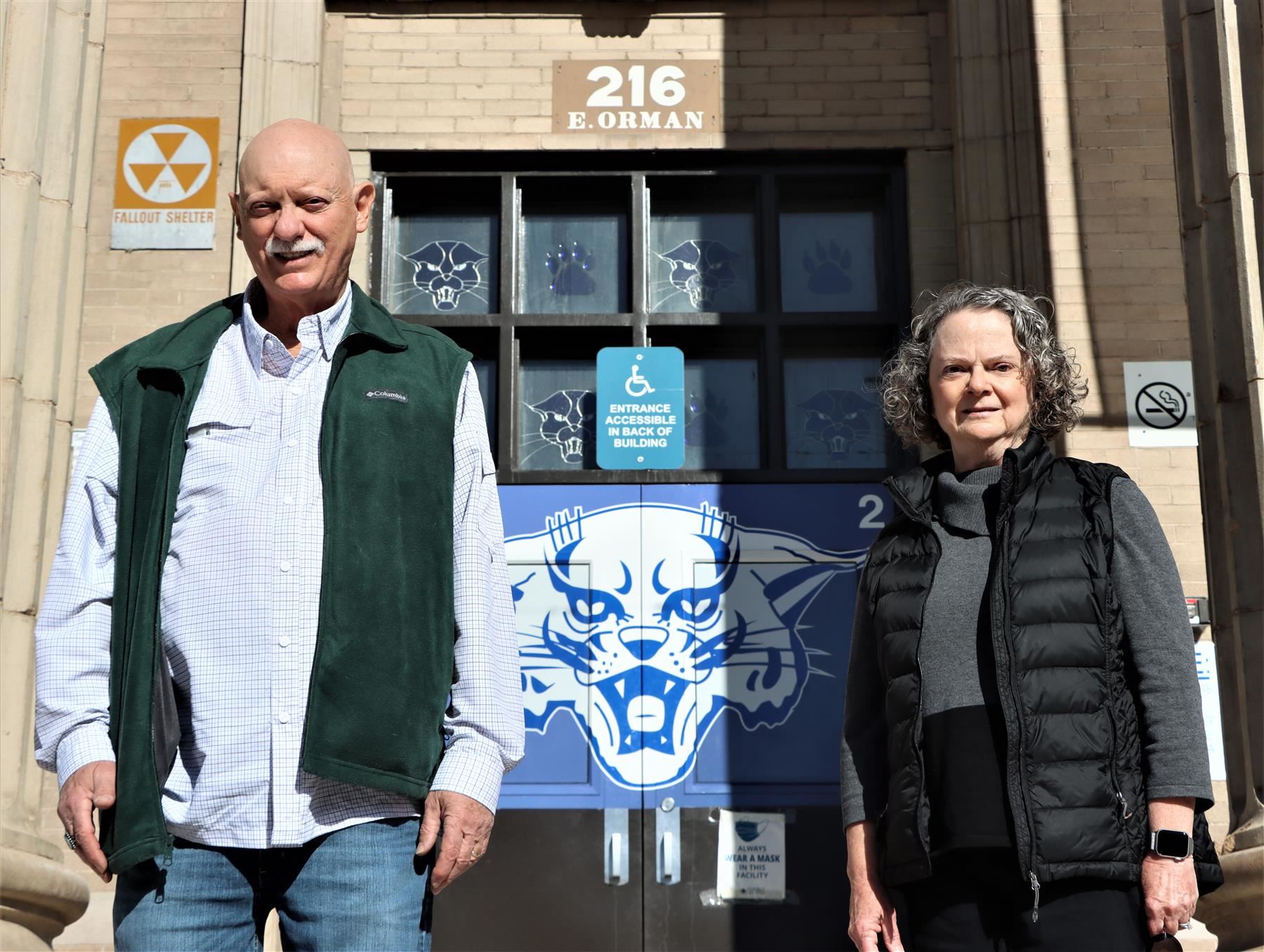 In 1932, Frederick Bradley Orman Jr. was awarded a diploma from Central High School, then part of Pueblo School District 20.

And speaking of well known names, few are more synonymous with Central than Orman.

The avenue which hosts the Central campus was named in honor of Frederick’s grandfather: James B. Orman, the 12th Governor of Colorado and one of Pueblo’s most famous residents. A few blocks away from the school stood the Frederick Orman family home: its proximity allowing his four children --Elizabeth, Mary Neil, Frederick III, and Elia (“Cathy”) – to walk to the school from which they all would graduate.

The youngest of the Orman children, Cathy graduated from Central in 1969. A medical psychologist by profession, she is a member of the Central Hall of Honor.

While sifting through keepsakes and heirlooms, Cathy and members of the Orman family found Frederick’s 1932 diploma. With little hesitation, the decision was made to donate the history-rich document to Central Principal Destin Mehess for placement in the school’s Ed Lesar Hall.

“Being part of the original ‘Orman Army,’ my siblings and I are always very thankful for the many gifts that we received during our time at Central,” wrote Cathy to Principal Mehess.

“Donating it to Central just seems like the right thing to do.”

This week, Dr. Cathy Orman Castille and her husband, George Castille, who reside in Baton Rouge, Louisiana, paid a visit to the home of the Orman Army while visiting family.

“My dad always talked about his time at Central,” Dr. Orman Castille said. “Especially about when he misbehaved. One time, they apparently got a cow and brought into the hall outside the main office, and just left it there overnight. That was how they misbehaved.

“And I’m sure he got in trouble for it.”

Dr. Orman Castille termed her time at Central as a “wonderful experience. It really prepared me for a lot of things that I’ve done in my life. Since I graduated, the school has gotten bigger and they’ve done a lot of renovating.

“But I’m glad they haven’t done anything with the inclines. I like them: they’re fun.”

The 1932 diploma of Frederick Orman, who went on to operate a successful construction business in Pueblo, will be at home in Ed Lesar Hall, which hosts a treasure trove of items related to Central and its illustrious history in academics and extracurricular activities.