Like the Colorado State Fair, Pueblo School District 60 has been an important and integral part of this community for decades.

Every year, the District – most notably spirit-filled students from our high schools riding high on flat-bed trucks, marching band musicians and Spirit teams – has had a notable presence in both the Colorado State Fair Parade and the Fiesta Day Parade.

This year, however, the District increased that presence in a colorfully impressive manner.

Of course, the Colts, Bulldogs, Eagles and Wildcats once again proved to the City that when it comes to tradition and pride, they remain at the top of the list. That also goes for our musicians and Spirit Teams, with several – including the Heaton Hawks -- earning State Fair Parade honors from the Greater Pueblo Chamber of Commerce.

To complement our vibrant student bodies, District leadership – both administrative and from the D60  Board of Education – led a blocks-long procession that included educators and scholars from our elementary and middle schools, including Pueblo Academy of Arts, Heaton, Risley, Columbian, Haaff, Belmont, Minnequa, Highland Park, Eva Baca, Bessemer Academy, Bradford, and Fountain.

In shirts of their school colors, the scholars proudly represented their school and the District itself, marching along the whole of the parade route and basking in the warm response from the thousands of spectators.

On Sunday, the Fiesta Day Parade drew thousands to the streets of Bessemer for the official kickoff to Fiesta Day: the pinnacle of the Colorado State Fair and a tribute to Hispanic culture and heritage.

And once again, District 60 was part of this important celebration. 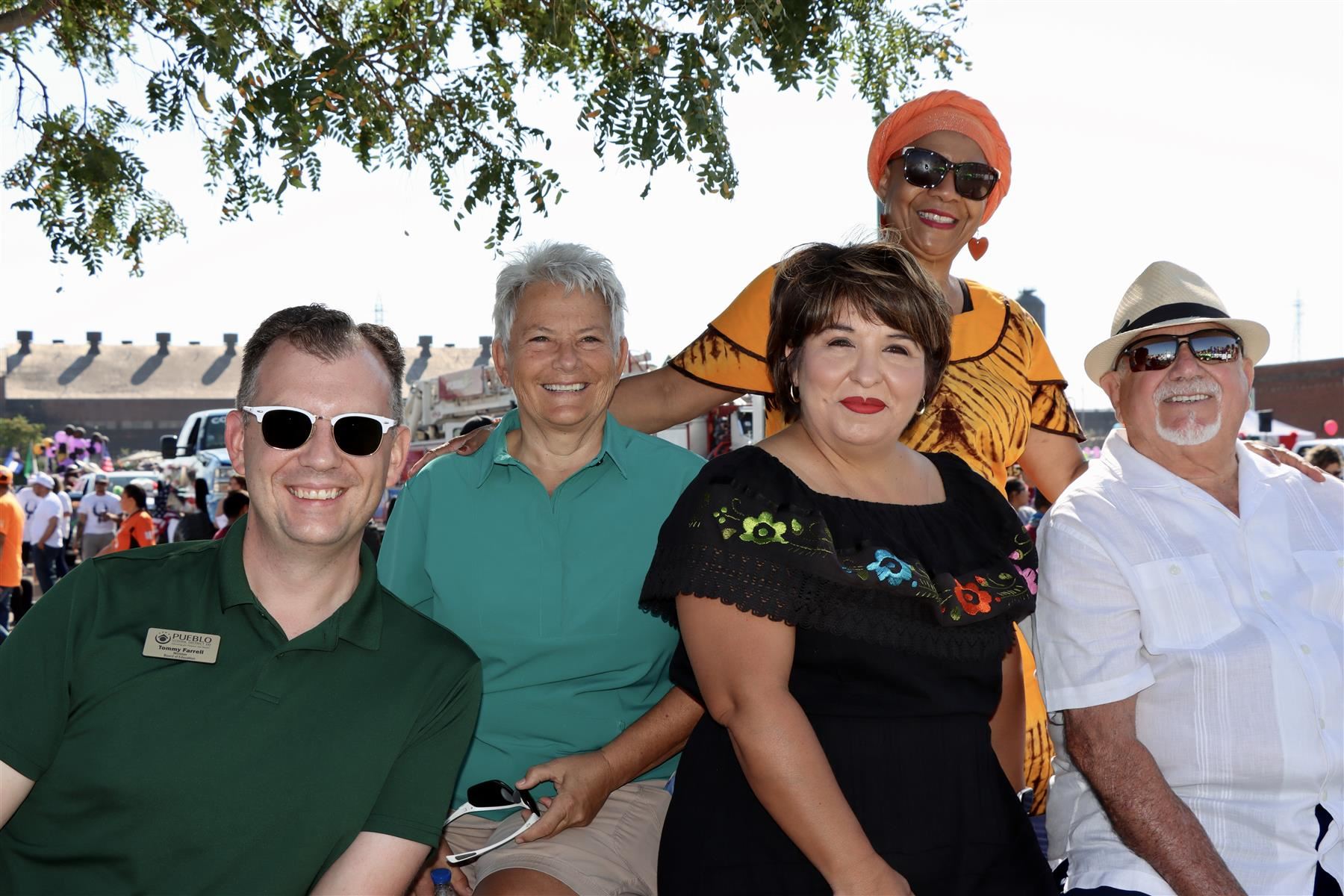 In addition to Superintendent Charlotte Macaluso and D60 Board members, scholars from our elementary schools – most notably those located in the Bessemer area – fly the District banner with pride and respect.

Principal Jimmie Pool and members of his Columbian ThunderBolt community were attached to an entry honoring the late Ray Aguilera and the Pueblo Poverty Foundation he launched to support scholars in underprivileged schools. For years, Columbian, like Minnequa, was one of the schools Mr. Aguilera championed and advocated for.

“With a long lineage of Hispanic leaders, educators and scholars, the District felt it vitally important to be part of the Fiesta Day Parade celebration,” said Superintendent Macaluso. “And the fact that so many of our scholars, from the high school level to elementary, also participated was a sign of the pride the District has for Fiesta Day and the traditions it represents.”

Added Dalton Sprouse, D60’s Director of Communications, “These two parades allowed us to show to our community the pride and confidence our scholars have in the education they are receiving. The response from our building leaders and scholars to participate in the events was impressive, and the result was one of the largest and most vibrant representations the District has had in years.”