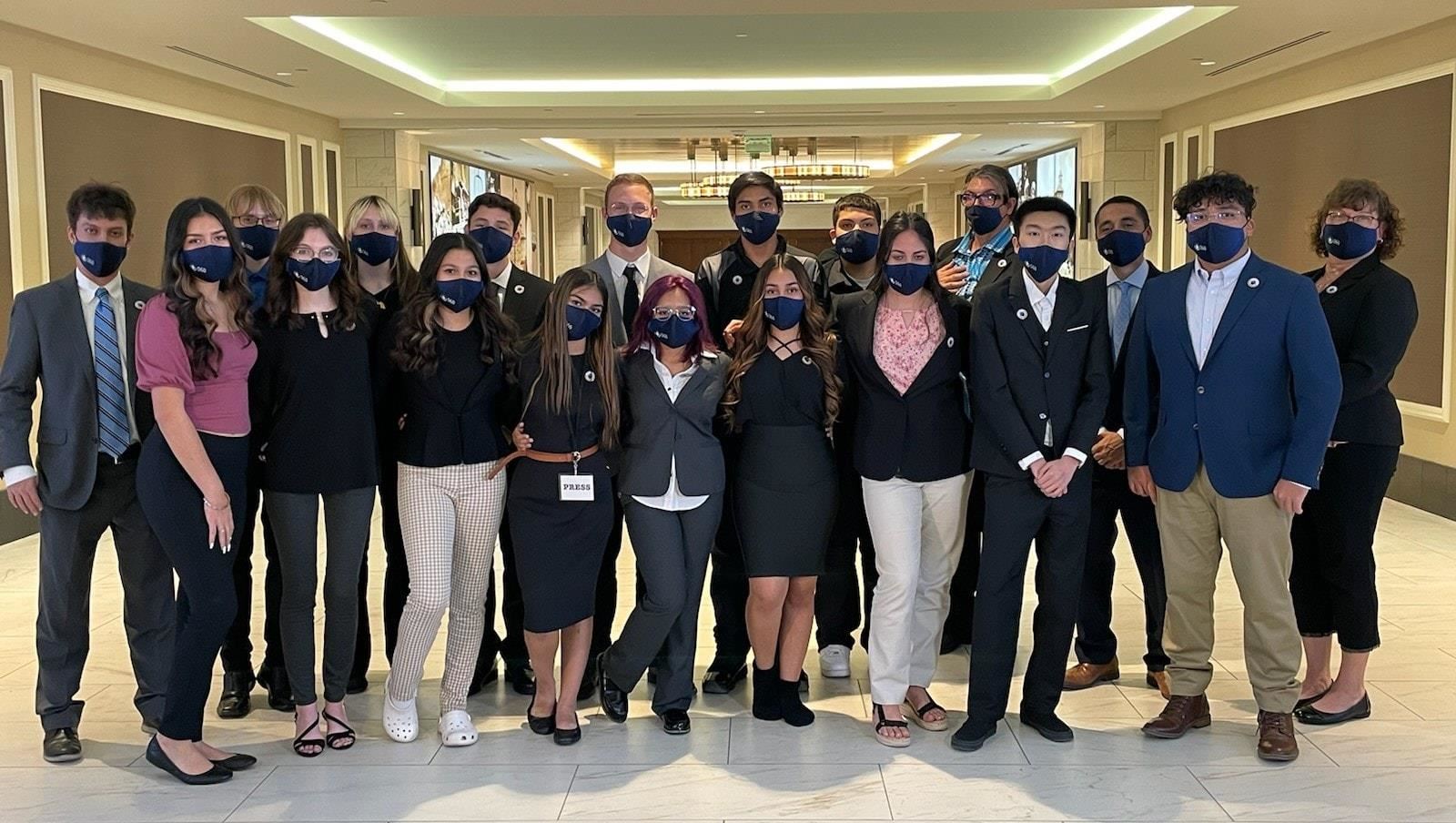 For the 81st time, school board members, superintendents and administrators, and students from nearly 180 school districts from across the state converged at The Broadmoor for the state convention of the Colorado Association of School Boards.

And for the fourth year, Pueblo School District 60 was there, at the invitation of CASB leadership, to document and chronicle the gathering.

Through this partnership, an informative “highlight” video is produced for showing to the entire 1,200-member Convention gallery. This premiere is the pinnacle of the third and final day of the Convention. 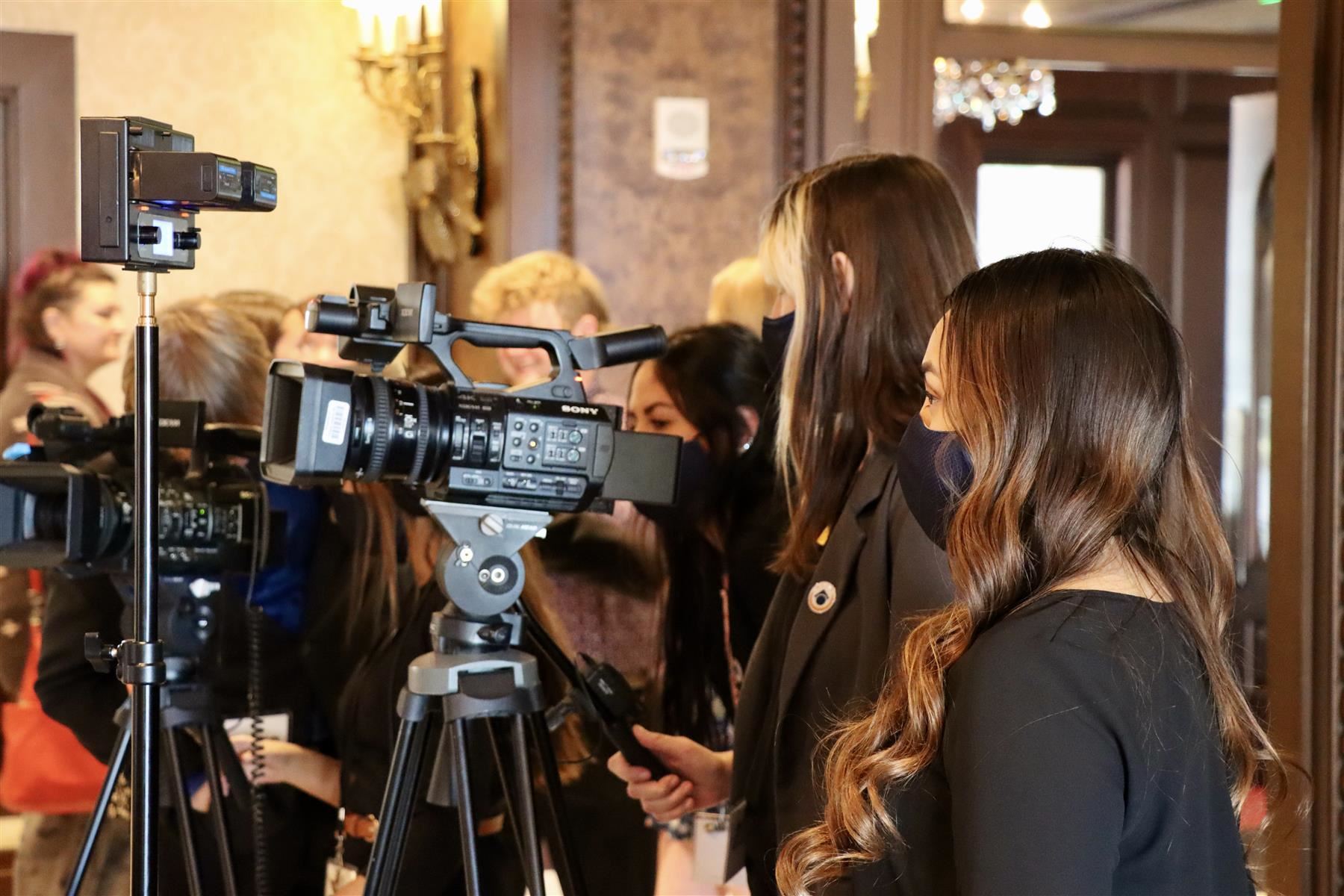 And it’s the professional efforts of District 60 scholars -- under the direction of Donny Ruybal and Lawrence Ramos of the D60 Communications Team, with assistance from Bulldog TV’s Jacob Lewis and Wendy Shipley – that provided the foundation.

For the young media team volunteers from Centennial and South high schools, Friday began bright and early with a school bus ride up to the luxurious Broadmoor resort. Upon arrival, a bevy of camera, lighting and sound equipment was transported into the control room and then set up in anticipation of the work that would occupy the rest of the day.

Mr. Ruybal, the District’s Supervisor of Digital Communications, provided the Bulldogs and Colts with a primer on use of the equipment as well as an inspiring “pep talk” designed to get the most out of the students’ talents.

Some members of the young team had little experience operating professional recording equipment, but nonetheless were eager and excited to exercise their ambition in a real-world setting.

“Let’s get creative out there,” Mr. Ruybal said. “Remember: we are making art.”

And with that, it was lights, camera and action.

In two teams, the D60 scholars traversed the expansive Broadmoor campus for hours, presenting themselves in a professional manner to potential interview subjects and then documenting their thoughts, feelings and opinions about not only the Convention but education itself. 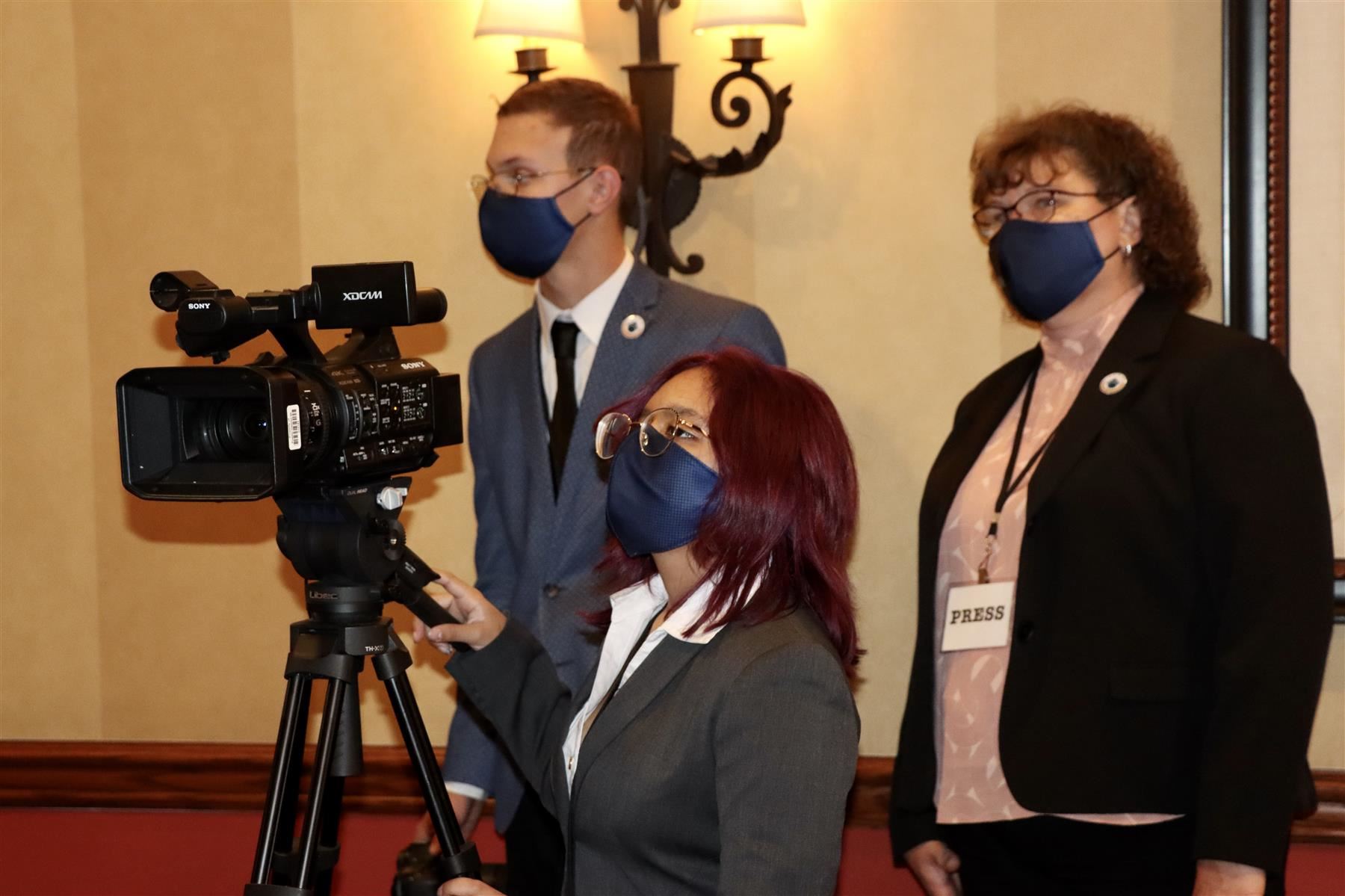 As they made their way from location to location, the sharply dressed and stately D60 team members caught the eye of Superintendent Charlotte Macaluso, in attendance at the Convention with Assistant Superintendent Suzanne Morey and D60 Board Members.

“It’s very encouraging to see our great young men and women representing the District and Pueblo in such a professional fashion,” Superintendent Macaluso said.

The responses of keynote speakers, school board members, students and award winners were documented by the cameras and the sound equipment, with  “B Roll” footage to complement the interview segments compiled.

Inside the control room, two team members awaited the arrival of each new piece of footage, labeling and then storing the pieces for convenient retrieval by Mr. Ruybal and Mr. Ramos.

It was laborious work that required precision and the ability to operate under pressureand  in an ever-evolving landscape.

“All the students have stepped up and taken on the challenge of making the District, Pueblo and themselves look good,” Mr. Ruybal said. “They realize the opportunity they have to show off what they know and what they’ve learned. But the most important thing is what the kids are learning in a real world setting, where it matters.

“All of these kids might have been a little nervous when they started but throughout the day, they became acclimated to the overarching goal and theme.”

The fact that District 60 has become the official chronicler of this important convention speaks volumes about the quality of the work and the excellence of the final product. 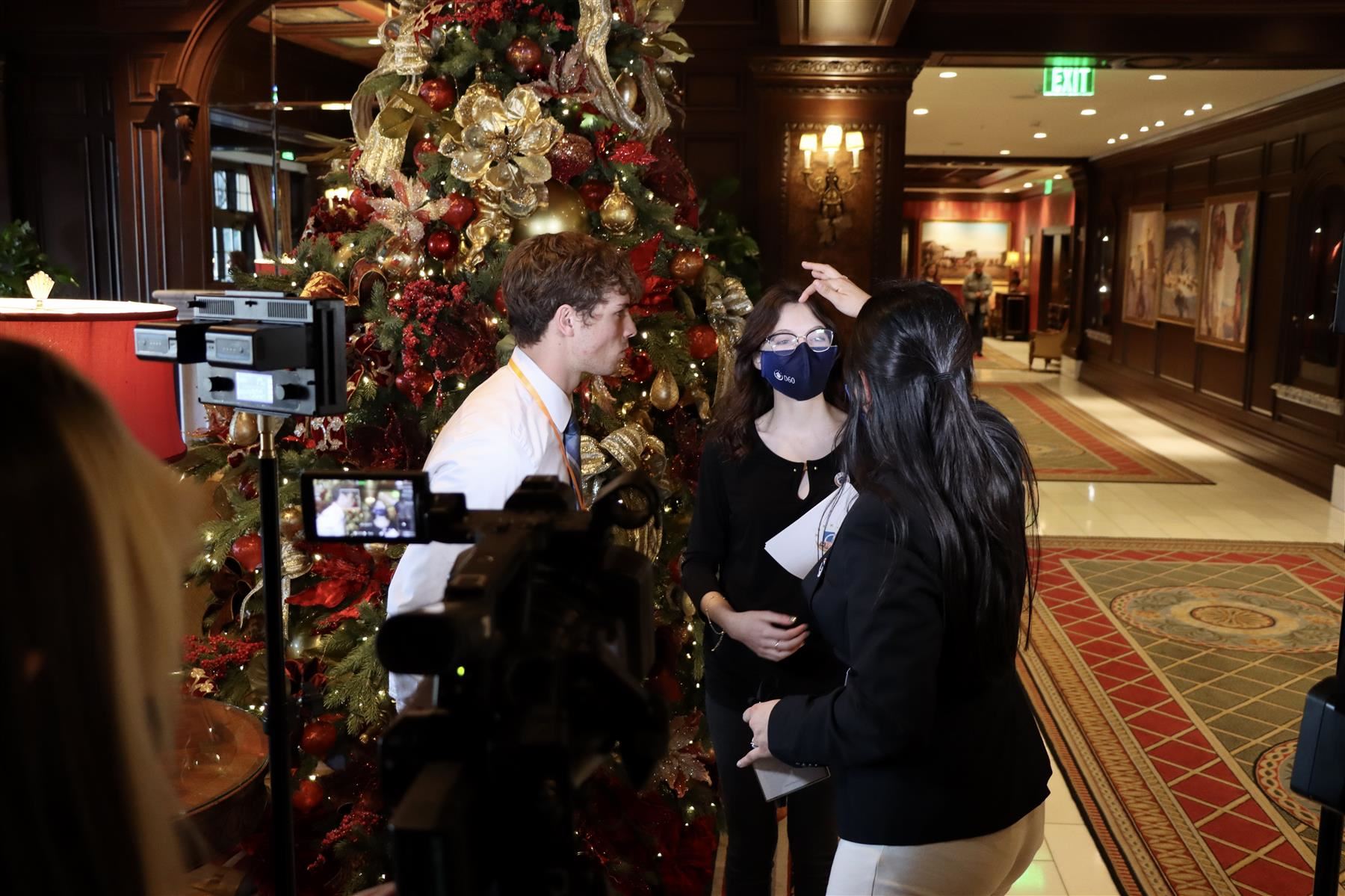 “It’s an honor to be able to represent Pueblo to our state in the communications realm,” Mr. Ruybal added. “There’s a lot of other schools that may have more resources or experience within their teachers and students. But every year, our students come from Pueblo and deliver high-caliber video communications for a great cause that ultimately helps promote education.”

Isaiah Ortiz, a Centennial sophomore, served as an interviewer, posing questions written by the students themselves.

“This is the first time I’ve done something like this,” Isaiah said. “I’ve done a few interviews but not something with so many people. I’ve had a really great time with my friends today. Obviously, it’s very fun hanging out at The Broadmoor all day: it’s a rare occurrence that a lot of people don’t get to experience.

“It’s been one of the greatest times of my life.”

Juliza Esparza, a Centennial junior, was in charge of the lighting of each shot.

“Although I’ve never done this type of work before, I felt pretty confident,” she said. “I liked the pep talk Donny gave us, encouraging us to ‘act like we do this every day.’ That really gave me the motivation to do the work.”

Also from Centennial, freshman Bella Vigil’s first time behind the camera proved to be an enlightening experience.

“It was exciting as well as nerve wracking,” she said. “I wanted everything to be perfect but you never really knew if it was while we were shooting. I wanted to do this because I thought it would be a nice experience and I do want to go into the news field.”