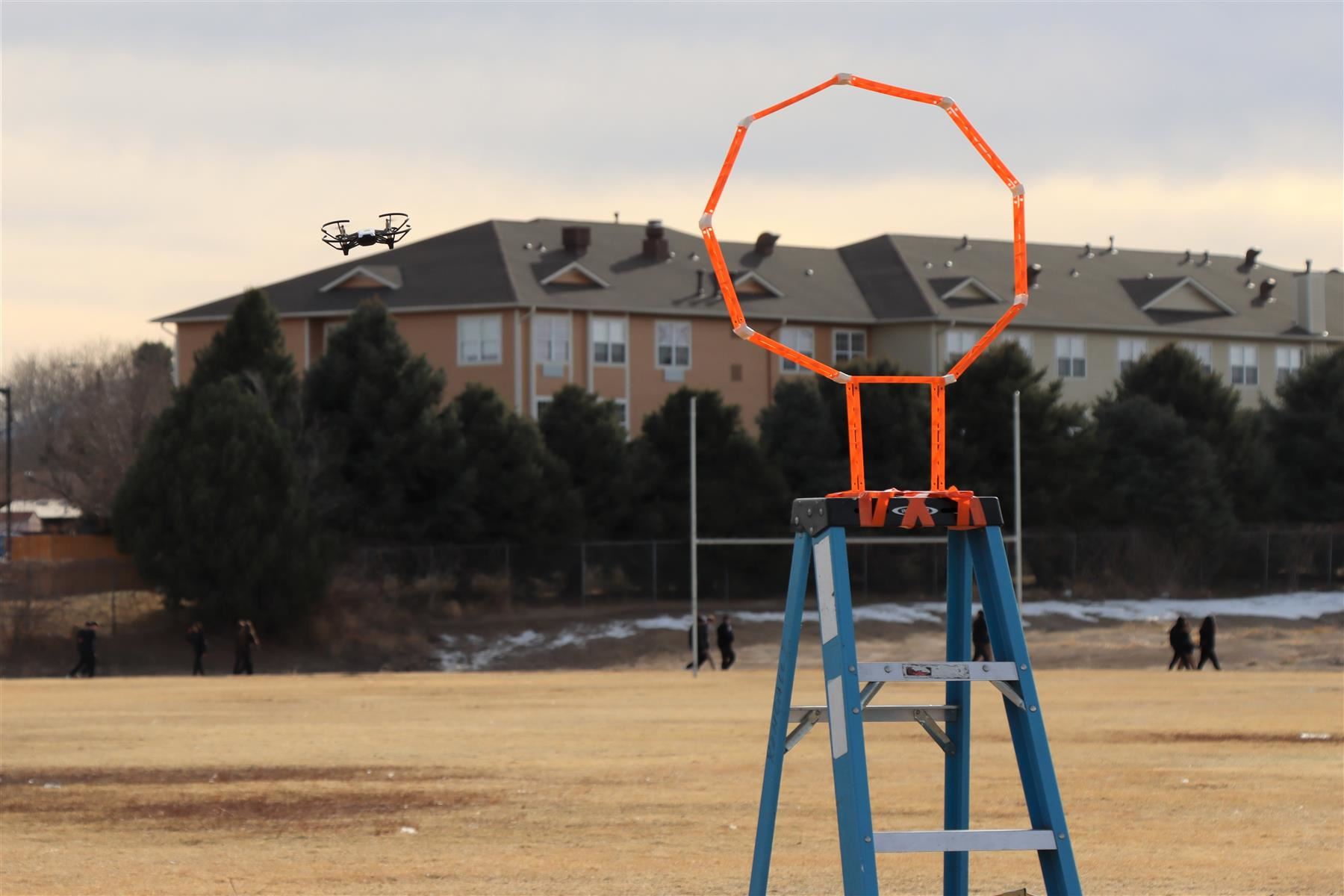 At Roncalli STEM Academy, technology-savvy Wolves are not only learning how to pilot drones, they are acquiring the skills that can lead to pilot certification, and with it, a median income of $55,000.

It’s all made possible through a Technology of Drones elective course taught by Bryan Putnam, whose enthusiasm for drones – and education in general – is positively uplifting.

“Drone technology is the cutting edge right now and there is so much innovation in various fields: construction, agriculture, you name it,” Mr. Putnam said. “If it’s out there, drones are getting into it right now.

“So my objective is to get students to look at their future potential and see drones as a way of diversifying a profession.”

“Realizing just how relevant drones are going to be in the future, and how much that industry is going to grow, I set up about six of our teachers to be trained in drone basics,” Principal Cservenak said.

Drones also figure into another elective course at Roncalli entitled Flight and Space. 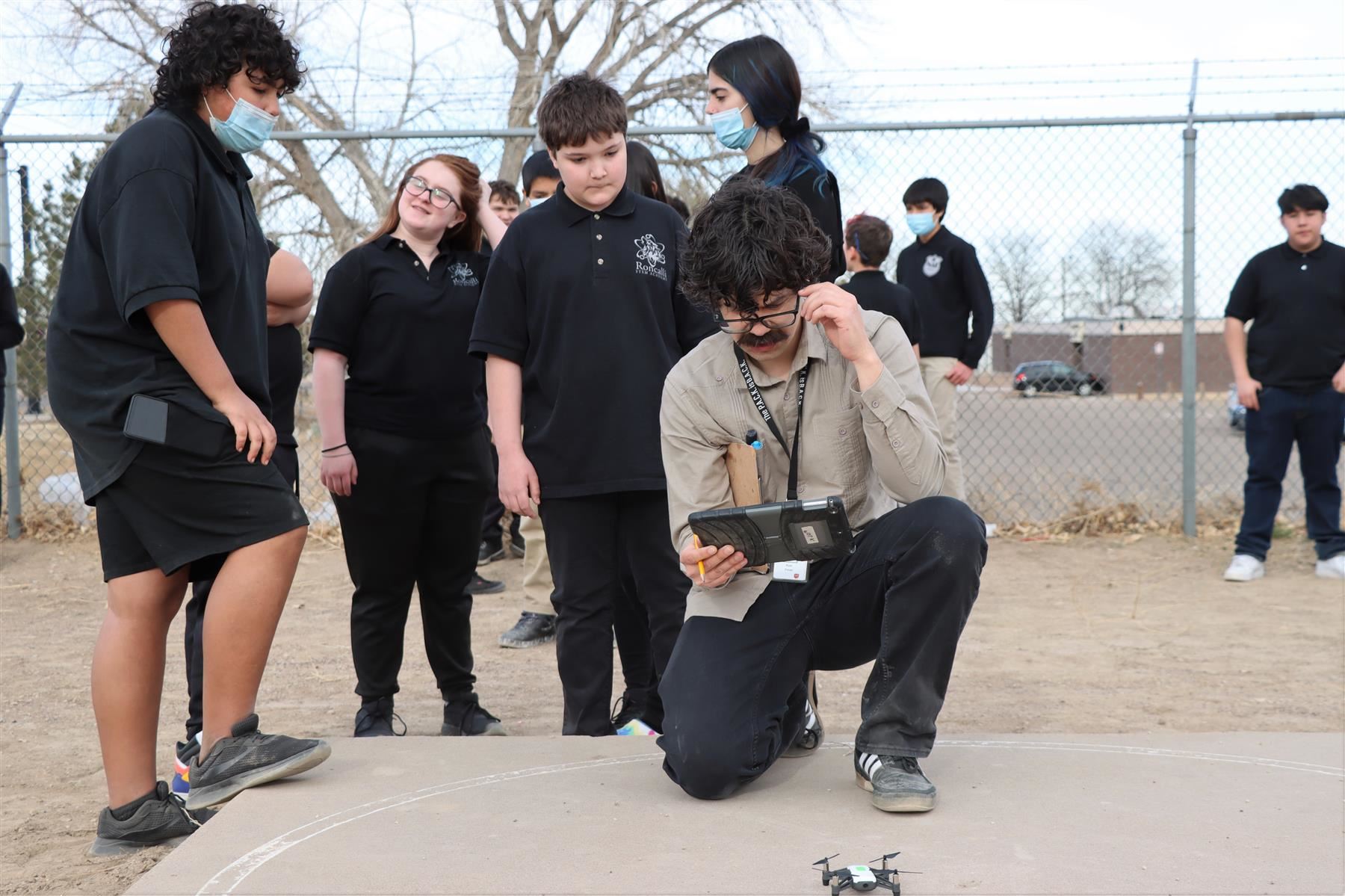 With the piloting skills and safety-related information imparted through Mr. Putnam’s course, Wolves can, at the age of 16, become a commercially licensed drone pilot through successful passage of the Federal Aviation Administration’s “Part 107” test.

Already, a host of Wolves have earned the certification required to recreationally fly drones.

“My hope is that within the next couple of years, we are able to transition this into the high schools so students who got their training here can actually continue their training and hopefully get their Part 107 at age 16,” Mr. Putnam said.

At Roncalli, Wolves learn how to pilot drones by two different methods: through a tablet-based flight controller and by programming the flight path using DroneBlocks, a coding software that employs algorithms, thus further broadening students’ awareness of computer science.

“Almost all of our students have taken an Introduction to Computer Science course,” Principal Cservenak noted. “So they apply that computer science learning towards programming autonomous flight.”

During a recent breezy afternoon, Mr. Putnam challenged his scholars to manually pilot a drone through a three-ring obstacle course before returning it to the lift-off site.

In this exercise – which revealed the significant effect wind can have on the course of a craft – Wolves had the option of piloting the drone through either Visual Line of Sight or First Person View methods. 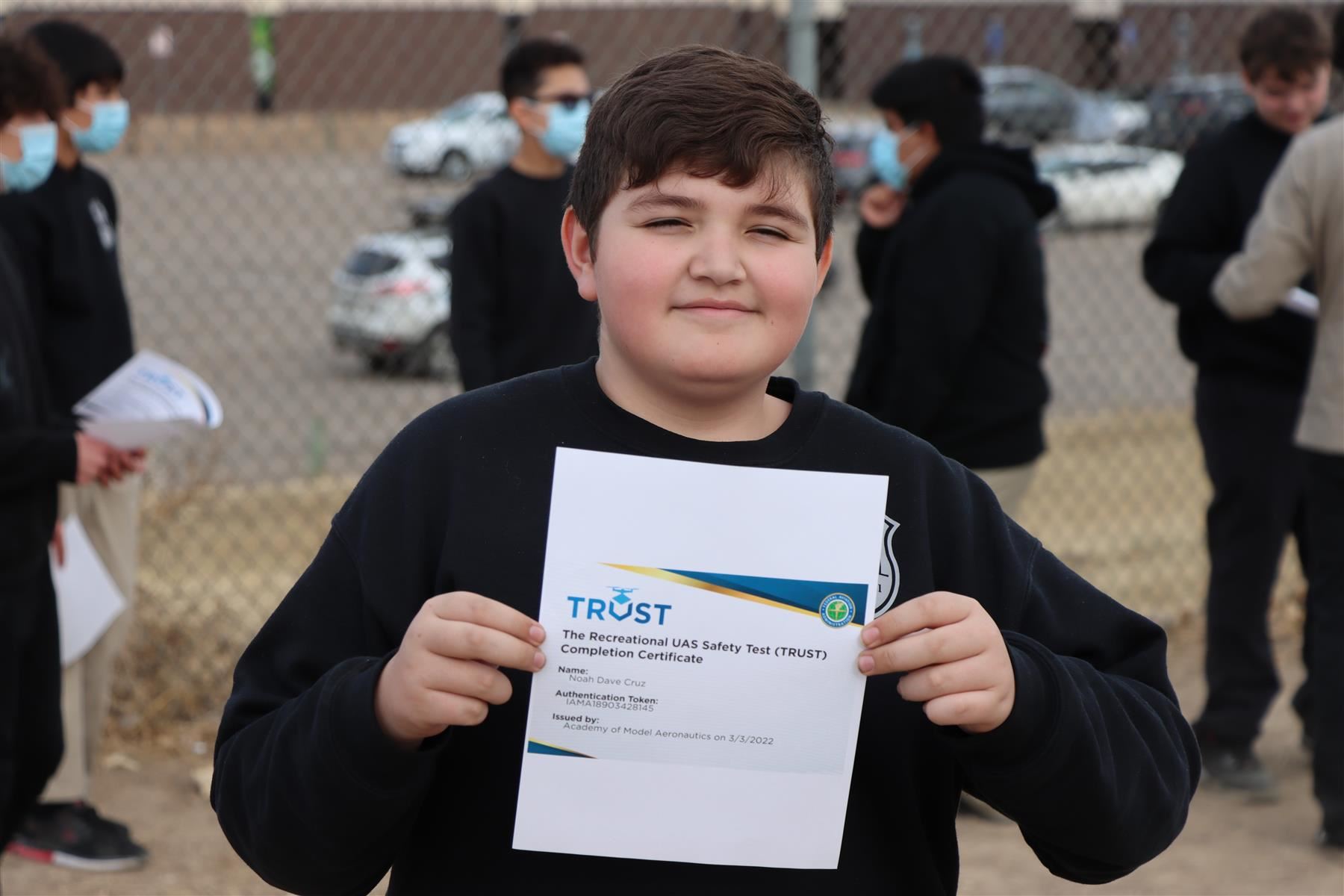 “The students are aware that to legally fly a drone in the United States, you have to have Visual Line of Sight at all times,” Mr. Putnam explained.

A number of students, including eighth-grader Layla Valdez, have enjoyed this elective course so much they’ve taken it twice. Additionally, a number of Wolves have expressed interest in pursuing a career in either drone technology or avionics.

“Through this course, I’ve learned to take control of things,” Layla said. “And it’s helping me decide what I want to do when I’m older. The first time I took the class, I feel like I didn’t get it, and it felt weird. But then I realized, ‘I like this class’ and wanted to learn more.”