With a New Principal Comes a New Positive Culture at Risley

As an eighth-grade physical education assistant, Janelle Manes relished the opportunity to help her peers improve their health and well-being.

“That showed me a little of what being a PE teacher would be like, and I fell in love,” she said.

In her youth, she enjoyed playing and instructing tennis — as well as managing her high school’s boys tennis team – and serving as an elementary level American Sign Language mentor: all while serving ice cream at Cold Stone Creamery and Italian food at The Olive Garden.

From those humble but ambitious beginnings sprouted a long and successful career in education that now sees Ms. Manes leading Risley Academy of Innovation as its first-year principal.

And still serving ice cream when the need arises.

“I always knew that I wanted to work with people,” Ms. Manes said. “But I also wanted to run a business. I knew I wanted to be teacher, but I didn’t know what subject. But with my experience coaching and working with kids in tennis, I decided to go into PE.

“As a PE teacher, I immediately saw the difference I could make in students’ lives. Once I got into a school setting, I really fell in love with it. Through PE, I felt like I really got to know the kids and teach them life lessons.

“I spent a lot of time working with kids on how to solve problems, and how to reach and set goals. I really pushed them to see that it was more about their life as a whole than playing sports and games.”

In her first year of teaching at Cesar Chavez Academy, Ms. Manes continued to teach tennis lessons and also kept her connection to the business world through Cold Stone Creamery.

Ms. Manes began her association with Pueblo School District 60 at Corwin International Magnet School before moving over to Goodnight School and then to Roncalli STEM Academy. There, she taught PE for half a year before moving into the Response to Intervention Instructional Coach role.

“I didn’t necessarily have my sights set on an administrative position, but I always wanted to run my own business,” Ms. Manes explained. “I really liked working with adults and students. As an RTI Instructional Coach, my role was working with parents, students and teachers in setting up support plans for students who are struggling.

“And I really enjoyed that.”

Encouraged by her peers and administrators at Roncalli, Ms. Manes successfully pursued a master’s degree, with the goal of eventually becoming a building leader. For two years, she served Roncalli as an assistant principal.

“I really felt like I could make a difference for more students and more teachers as a building leader,” she said. “So I learned as much as I could and shadowed our administrators as much as I could. I didn’t have timeline, but I knew I wanted to continue to move up and spread my knowledge to kids and teachers in bigger roles.” 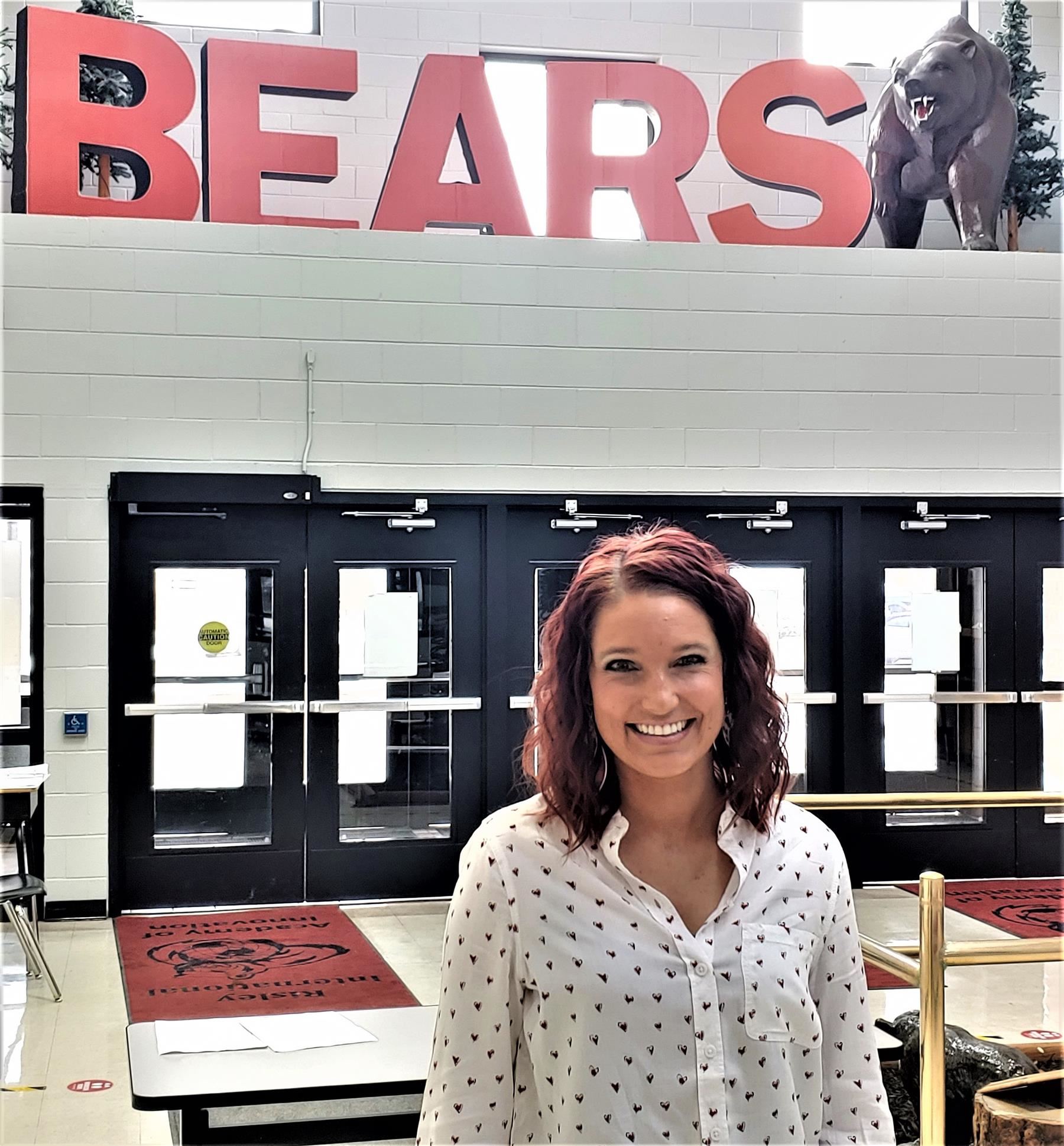 When Ms. Manes learned that the principalship at Risley was opening up, she was filled with excitement. The fact that the school was being partially managed by an external entity was of little deterrence.

“So I felt like it would be the perfect position. I felt like I could bring some consistency to the school and staff.”

“I came on board in March 2020, so my interview for the position was virtual,” she said.

With district middle schools in a hybrid educational model, getting to know each and every scholar – which Ms. Manes prides herself on – has not been without challenges.

“It’s been really weird because I’m used to knowing every kid’s name,” Ms. Manes said. “And we’ve been in a situation when I haven’t had all of my staff in the same room, let alone all my kids. So that’s been hard for me.

“But I am getting to know them, a little bit at a time: especially the in-person kids. And I’m making an effort to get to know the virtual kids.”

“I work with Relay and they give me feedback. We brainstorm ideas back and forth,” she explained. “They do make decisions on instruction and curriculum and assessment, but they don’t tell me what’s going to happen: we have discussions back and forth before the decisions are made.”

Ms. Manes credits the Risley staff with helping her implement the culture that every student matters.

“That’s made my job a lot easier,” she said.

In addition to the culture and atmosphere, the appearance of the building itself has improved drastically, with new coats of paint and other aesthetic touches giving a renewed life to the school.

“We spent a lot of time this summer giving the whole school a facelift,” Ms. Manes said. “I wanted to bring Black and Red Bears into the building because I’m all about school spirit. I think kids should be proud to come to Risley, just as I was proud to accept this job.

“And I wanted them to come into a place that looked new and felt welcoming.”

Ample time also was spent on the promotion of school systems and routines “so that kids coming in knew what was expected of them,” Ms. Manes explained. “We spent a lot of time teaching them how to behave in the classroom and in the hallways. I think that really set the tone that this is a new school year.

“It helps the school culture if kids are where they want to be, and where they feel safe and comfortable.”

Ms. Manes is so confident of the difference that D60 is making in the lives of students that she convinced her sister to send her homeschooled children to Roncalli while Ms. Manes was assistant principal there.

“I really believe that we are making progress in the district,” Ms. Manes said. “I think we are doing the right work. I know that I would trust this staff with my nephews in a heartbeat. They really are doing everything they can to provide the best education for our kids.”

Now in the position to impact an entire school – especially those most in need of a lift up – Ms. Manes never fails to harken back to those who similarly inspired and motivated her to reach a higher level.

Every Risley Bear, Ms. Manes believes, is her personal responsibility.

“My students are my kids and I've always felt that way. They deserve the best. They deserve a structured learning environment. They deserve teachers who hold them to high expectations and who believe in them and won’t ever give up on them,” she said.

“And if I can help in any way to make sure that they have the best education possible, then sign me up.”

While all who know Ms. Manes are well aware of her dedication and commitment to Risley’s scholars, not so well known is her continued love of the ice cream business.

“Cold Stone Creamery was my first real job,” she said. “I worked there when it first opened, when I was still in high school. I worked as a crew member, shift leader and then operations manager. And I just love it, and I love ice cream, so I’ve continued to work there.

“I just do the scheduling now, because I’ve had to step back quite a bit with my roles as an administrator. But I will go in and help train people, and I can go in and cover shifts whenever I’m needed. We hire a lot of young kids, so it’s another place I feel that I can make a difference teaching kids how to be successful.”

Through the years, Ms. Manes has hired some of her students to serve the confectionary treat.

“I think they don’t believe that their teacher, or assistant principal, or principal, works at an ice cream place until they show up and I’m there,” she explained. “I had one kid walk out on the interview when he saw that it was me asking the questions, but they get a kick out of it.”