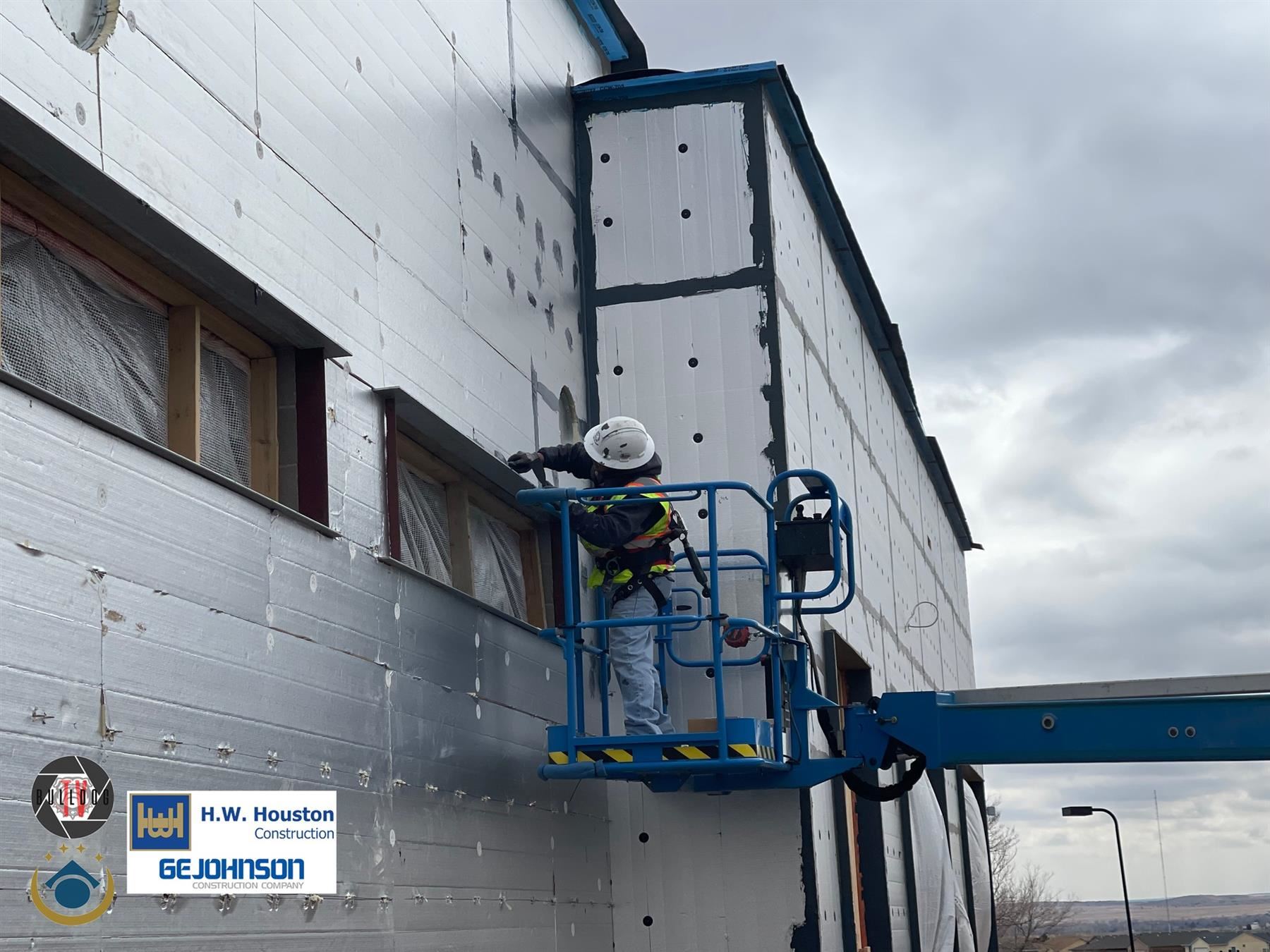 With the construction of new East and Centennial high schools at the midway point, and with new Sunset Park and Franklin builds underway, the 2019 bond approved by voters continues to transform the District.

In addition to the new builds – with ground to be broken on the Nettie S. Freed K-8 Expeditionary in the coming weeks – restorative work and renovations at a host of schools continues at an impressive pace.

The D60 Board of Education recently received a bond-funded capital projects update from Bob Lawson, Executive Director of Facilities and Construction Management.

“If you’ve had a chance to drive by the new construction at East and Centennial, you’ll notice that block walls are now standing, concrete flooring has been placed and the roof on each building will soon be installed,” Mr. Lawson told the Board.  “Project completion is still on schedule, with the schools to open in the fall of 2023.”

The design team for the two new high schools is MOA and HGF Architects, with GE Johnson/HW Houston the contractor.

“Two more new school construction projects that we have underway are the BEST grant replacements for Sunset Park and Franklin School of Innovation,” Mr. Lawson continued. “Both of those schools are also scheduled to be complete and ready to open in the fall of 2023.”

The design team for the two new elementary schools is MOA and RTA Architects, with Nunn Construction serving as the contractor for both schools.

The Nettie S. Freed Expeditionary K-8 School, to be located on the former Heroes K-8 School site, has just completed the design and construction documents phase, with the contractor soon to present its guaranteed maximum price proposal to the District.

It’s anticipated that the school will be ready for occupancy by Fall 2023. 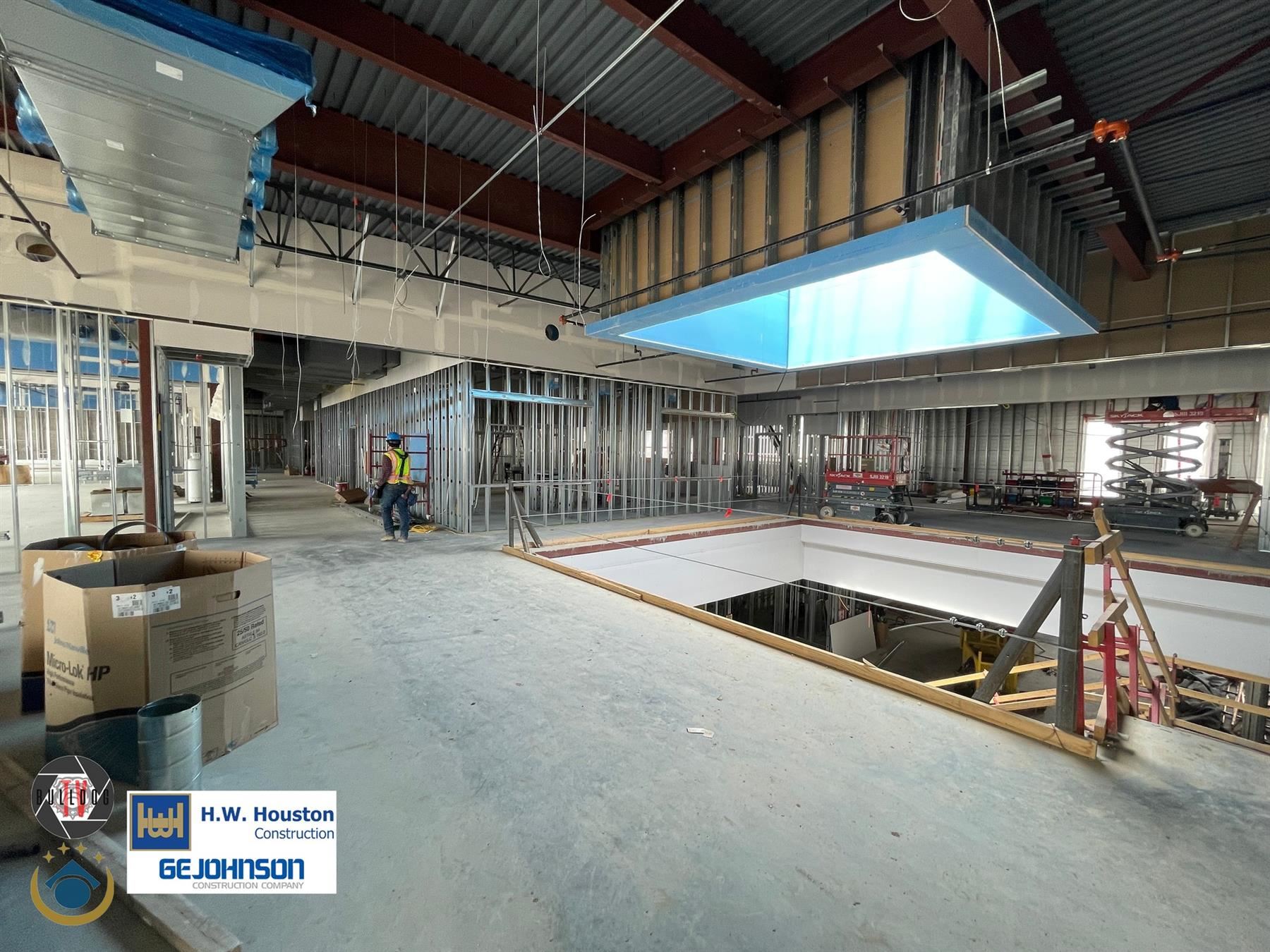 MOA and RTA Architects once again served as the design team, with GE Johnson/HW Houston Construction the project contractor.

Mr. Lawson also informed the board of other bond-funded work.

“Several planned bond projects called for electrical system, wiring and lighting replacements,” he said. “To date, the systems at Minnequa and Highland Park have been completed and Pueblo Academy of Arts is now almost 60 percent complete.

“The system replacement at Central is currently underway and approximately 20 percent complete.  Only two school electrical system replacements remain to be started, at Belmont and South Park elementary schools.”

At the nine schools, door hardware replacement is complete, with several interior and exterior doors at the schools also replaced.

“In addition to the door hardware replacement, the fire and ADA code compliance study of 11 schools was included during the door hardware engineering assessment process and has also been completed,” Mr. Lawson added.

Another bond project will result in HVAC network controls replacement at all District schools: a project required due to existing controls system becoming obsolete and no longer supported.

The bond program featured three roof replacements, with new roofs now in place at Central and Beulah Heights Elementary, and the replacement at Highland Park Elementary underway, with completion scheduled for Summer 2023.

“System replacements at the remaining schools is scheduled to start later this summer.” 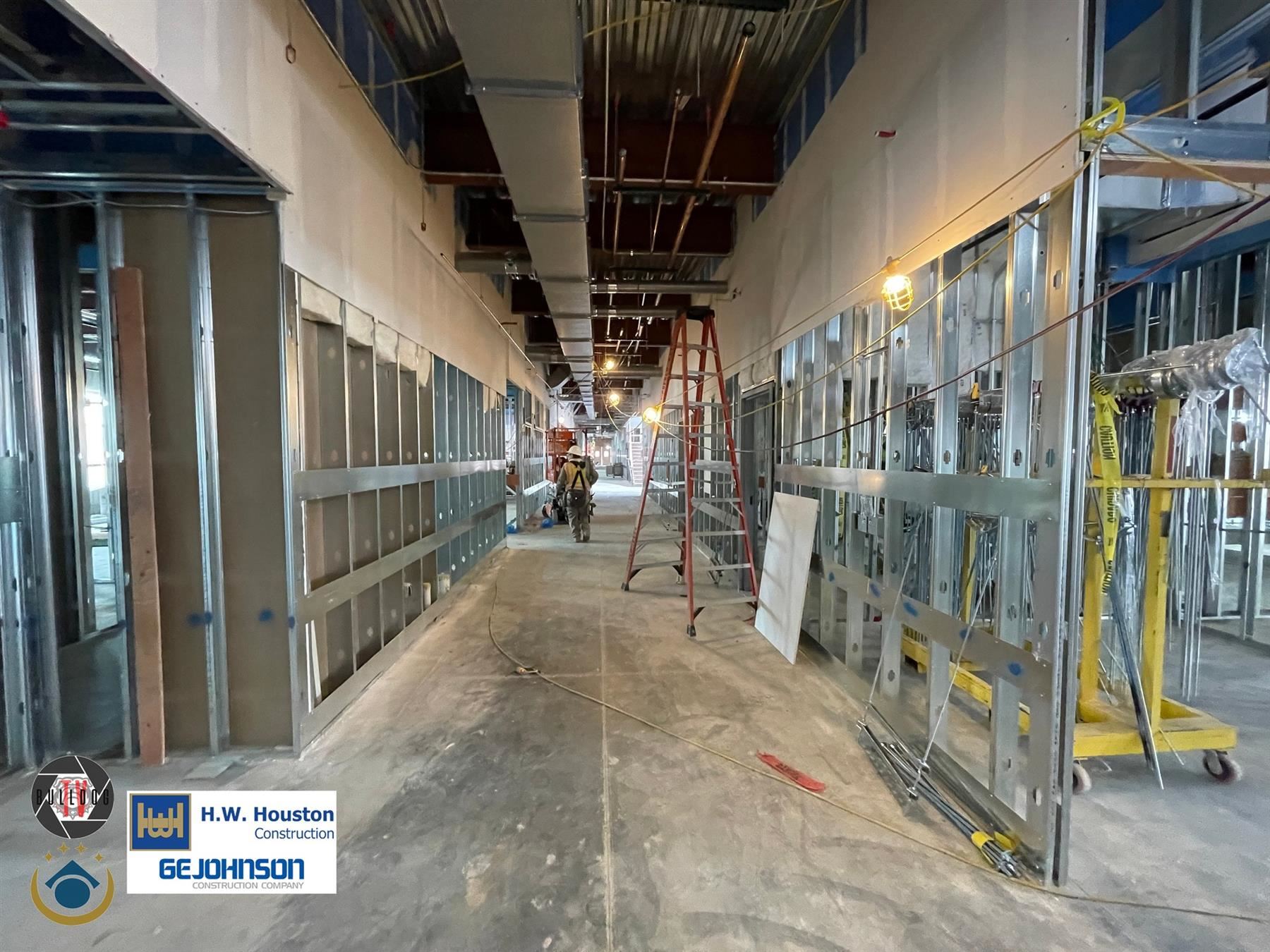 As for the HVAC system replacement projects included in the bond program, the work at Pueblo Academy of Arts and South High is complete.

“Additional HVAC replacement projects will begin soon, including Heaton, Belmont, Bradford and South Park: all planned to be the VRF systems.  These four HVAC projects will be funded through approved ESSR funds, which also relieves the use of Bond funds for the projects.”

Many schools also had limited asbestos removal included in the bond program, with that work being scheduled and completed on an as-needed basis.

“Outside of our bond program, the District will soon start the HVAC replacements at Risley and Heritage funded through emergency BEST grant awards,” Mr. Lawson said.  “The current evaporative cooling systems will be replaced with a more energy efficient heating and cooling system and that provides better air quality.”