THOSE WHO SERVED AND ARE SERVING REMINDED OF DISTRICT’S GRATITUDE 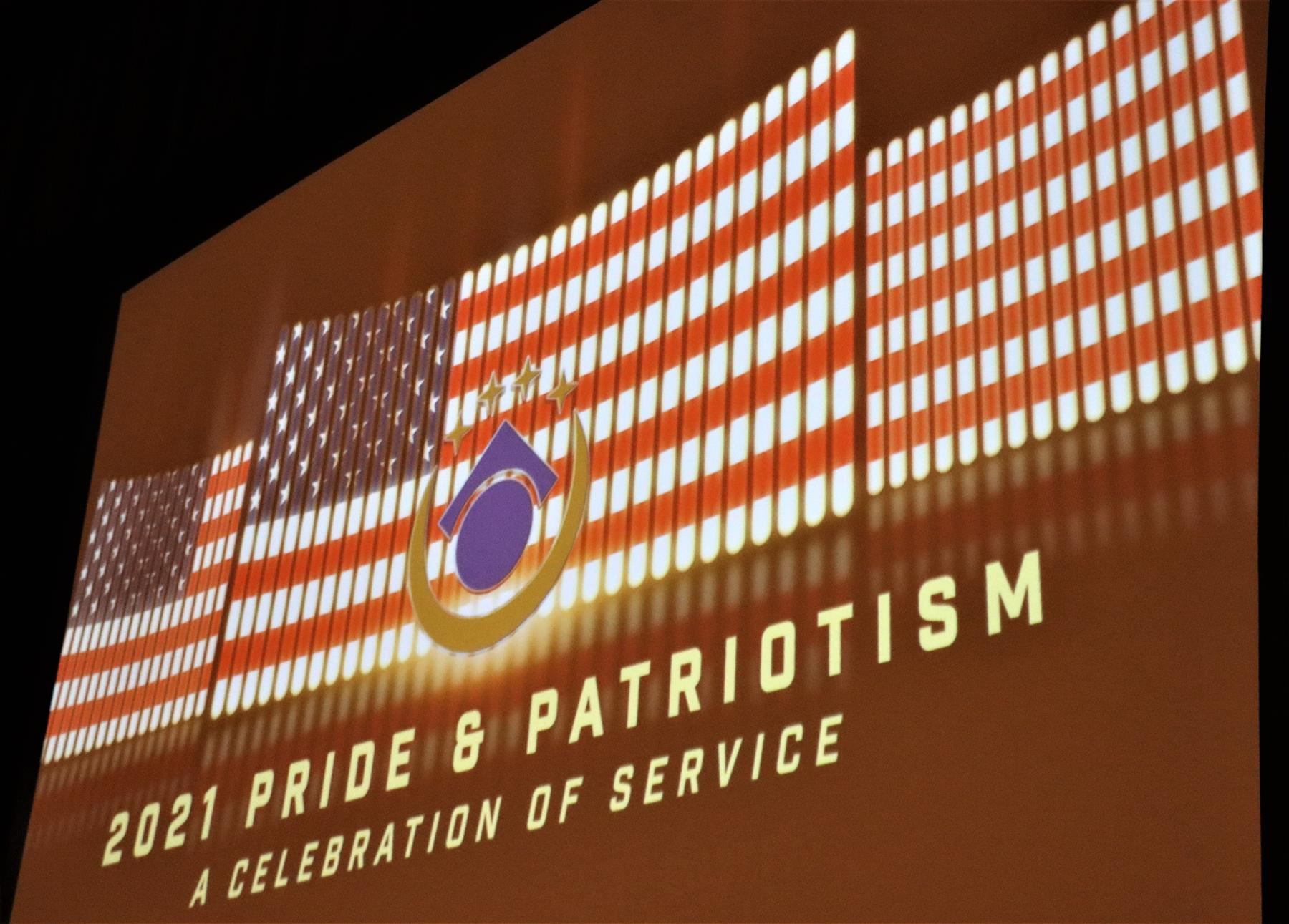 In touching words, vibrant song and heart-felt art, those who served this country – in times of war and peace – and those currently serving were showered with gratitude and respect by a grateful Pueblo School District 60 and its scholars and staff.

After a year’s absence necessitated by the pandemic, a robust Pride and Patriotism returned to Memorial Hall for the sixth time on Thursday, Veterans Day.

In partnership with the Center for American Values and the Pueblo veteran community, the District honored the extreme sacrifices made by servicemen and women in the name of freedom, the preservation of liberty, and the perpetuation of values that define this nation.

The program was ushered in by a dignified video showcasing the District’s JROTC Cadets, who carried a memorial wreath along the Riverwalk. This gave way to the entry of Cadets, wreath in hand, onto the Memorial Hall stage.

Following the posting of colors, the National Anthem was powerfully sung by Praxedes Quintana, with Assistant Superintendent Suzanne Morey then setting the reflective tone for the evening with these words.

“By its very definition, ‘service’ means to give of oneself for the benefit of others with little or no regard to one’s own personal welfare or well being. That, in a nutshell, defines a veteran,” Assistant Superintendent Morey said. 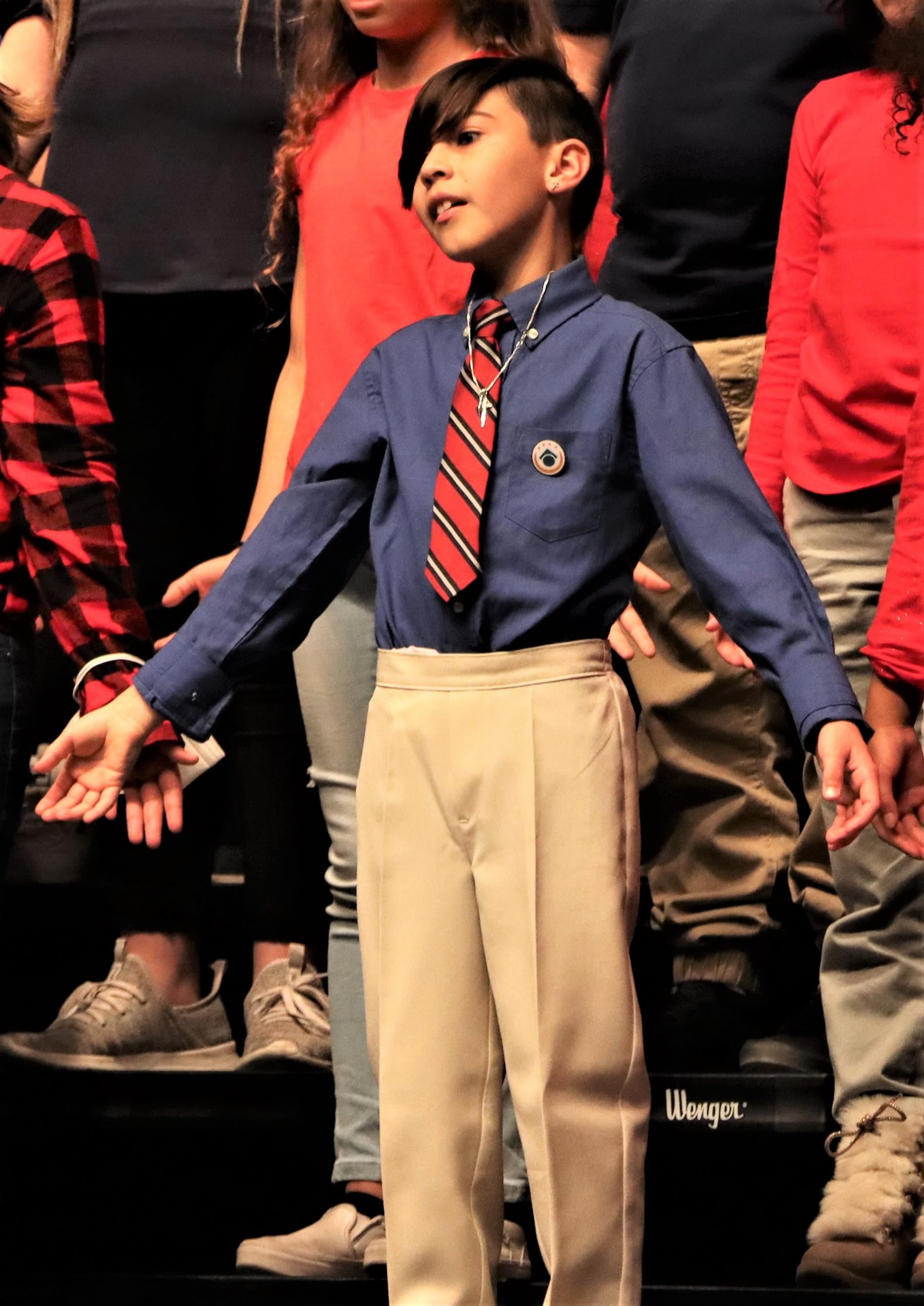 “Pueblo School District 60 has had a long history of not only supporting and honoring veterans, but seeing them contribute to the growth of scholars as superintendents, administrators, educators and support staff.”

Matt Albright, director of the Center for American Values, reminded the gallery of Pueblo’s well deserved title of “Home of Heroes.”

“No matter what city it is, if it is not Pueblo, Colorado: it is not The Home of Heroes,” Mr. Albright noted. “There is something special here. Every time the country called, Pueblo stood up.”

“There are so many differences among us in America that sometimes we fail to see the big picture. This isn’t the first time we have been through these types of difficulties. And yet we’ve always endured and continued on. And we’re going to do that now,” Mr. Henson began.

Cadet Private First Class Coriannon Thielemier, a junior at South, served as the program’s co-emcee. Her duty included introducing the evening’s musical selections, which included “Americans We” and “Home of Heroes,” performed by elementary school vocalists; “March for Freedom,” from the Pueblo Academy of Arts and Roncalli STEM Academy instrumental bands; and from South High School musicians and vocalists, “Freedom Finale” and “Make Them Hear You.” 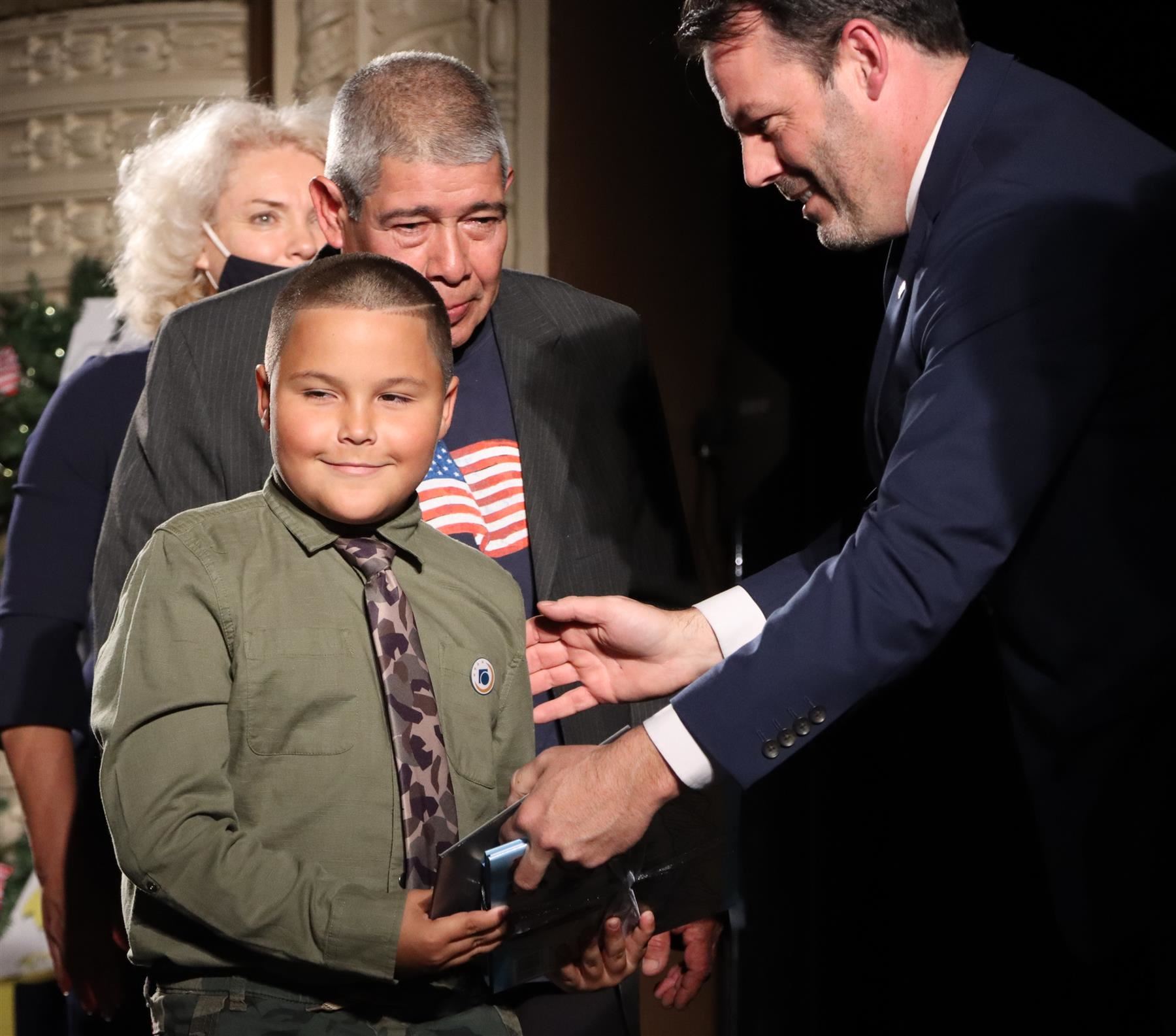 Complementing the musical selections were pieces of visual art – created by students from Highland Park, Pueblo Academy of Arts, Roncalli, South Park, Sunset Park and South – positioned in the Memorial Hall entrance and also presented via the giant screen, which hosted a number of engaging thematic videos throughout the program.

In her keynote address, Pueblo Fire Chief Barb Huber, herself an Air Force veteran, reflected on the concept of “service.”

“Service is not about a title, or a rank. To me, it’s really more about what’s in your heart, and what you bring every day,” she said.

As is tradition, the festive sounds of an Armed Forces medley filled Memorial Hall, with veterans invited to stand and be recognized during the playing of the song identified with their branch of service.

Under this year’s program theme “Celebration of Service,” scholars at all grade levels were challenged to create a written piece that reflects this theme. This contest reinforced classroom lessons about the role military heroes have played in preserving our cherished way of life.

To honor their literary craftsmanship, those elementary, middle and high school scholars whose submissions were deemed worthy of an award were invited, along with their teacher and family members, to the stage, where they received congratulatory acknowledgement from Assistant Superintendent Morey, Mr. Henson and Mr. Albright.

In addition to the contest writing awards, Center of American Value Merit Awards were presented to a JROTC Cadet from each of the District’s four high schools. This award, Mr. Albright said, reflects the tenacity, grit and ability to overcome adversity of the honored Cadets.

The Merit Awardees were welcomed to the stage by an esteemed group of veteran dignitaries, led by centenarian Joseph Nichols, a veteran of World War II, and Al Duran, a Marine Corps veteran still vibrant and sturdy at age 92.

The program was brought to a close in a most fitting manner, namely the singing of “America the Beautiful” by a District-wide choir, complemented by the voices of the hundreds who stood on their feet for this patriotic and pride-filled capstone.

Pride and Patriotism was graciously sponsored by Kaiser Permanente, El Pomar and the Center for American Values.