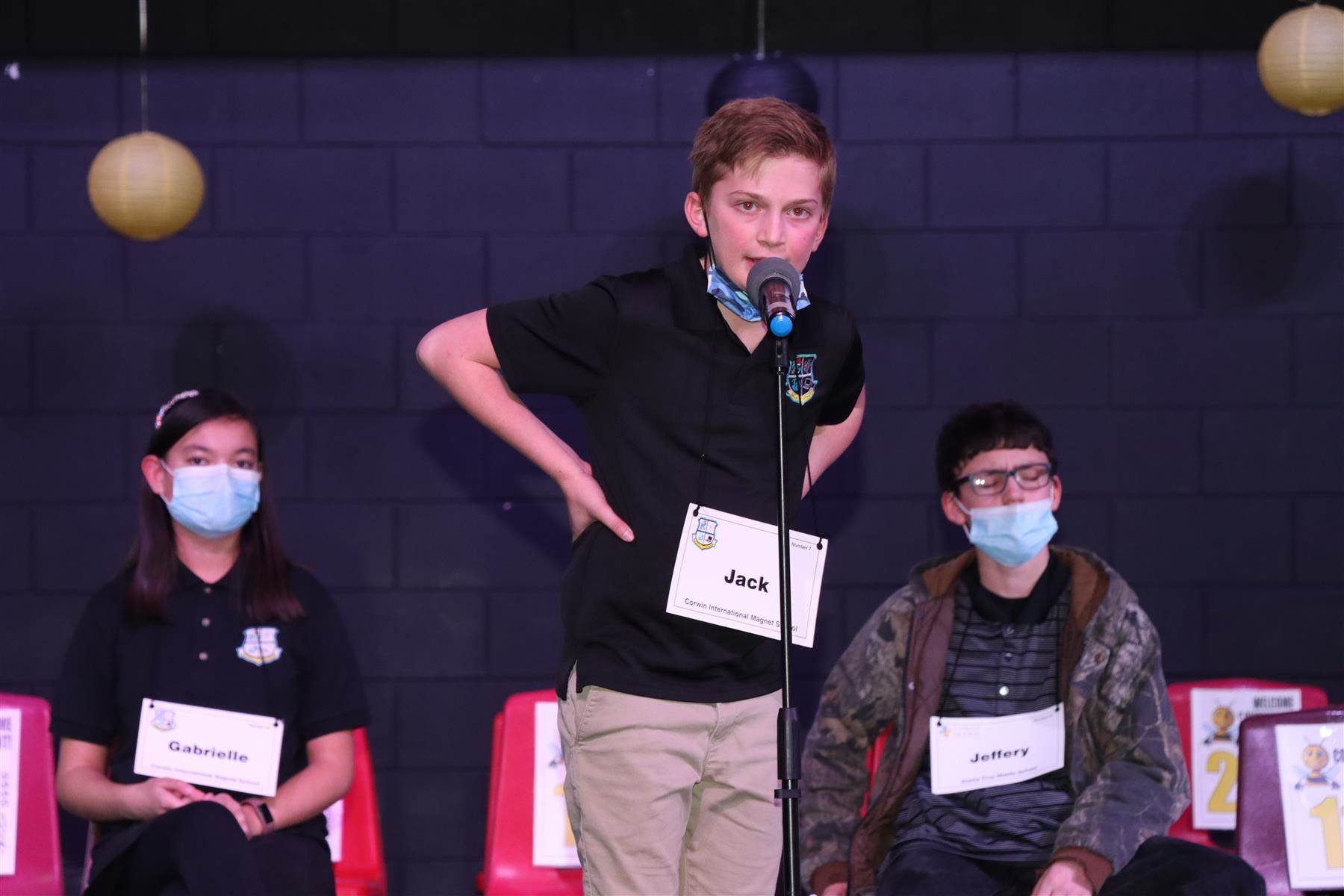 It was nearly a clean sweep for Corwin International Magnet School at the 45th District 60 Middle School Spelling Bee, as Cyclones captured two of the top three placements in this popular event staged Tuesday in the Centennial High School auditorium and presented by El Pomar Foundation.

In a field of more than 25 of the District’s top spellers from eight different schools, Corwin seventh-grader Jack Centner distinguished himself as the best by successfully navigating the final word presented to him, “dislocated.”

From Ersilia Cruz Middle School, Jeffery Whitehead, and Corwin eighth-grader Gabrielle Powell, battled it out with Jack for 7 rounds before bowing out. After stumbling on “merriment,” Jeffery opened the door for Jack, who spelled “infomercial,” “skiff,” “churn,” “antics” and “goaded” in the late going en route to the title.

For his commendable effort, Jeffery – whose late-round words included “mottled,” “saddlery,” “magnetic” and “wretched” – secured second-place honors, with Gabrielle placing third for correctly arranging the letters to such words as “Juneteenth,” “ballroom,” “fusspot” and “painterly.”

After exiting the competition mid-way through on the word “pepita,” Jack was called back to the stage by the judges due to a mispronunciation issue.

He made the most of the second chance.

“At the beginning, I was very, very nervous,” Jack admitted. “But it all kind of went away when it started.”

Jack said he prepared for the competition with assistance from his mother.

“We got a spelling word packet and every day, she would quiz me on spelling words. So I thank her for that,” Jack said. 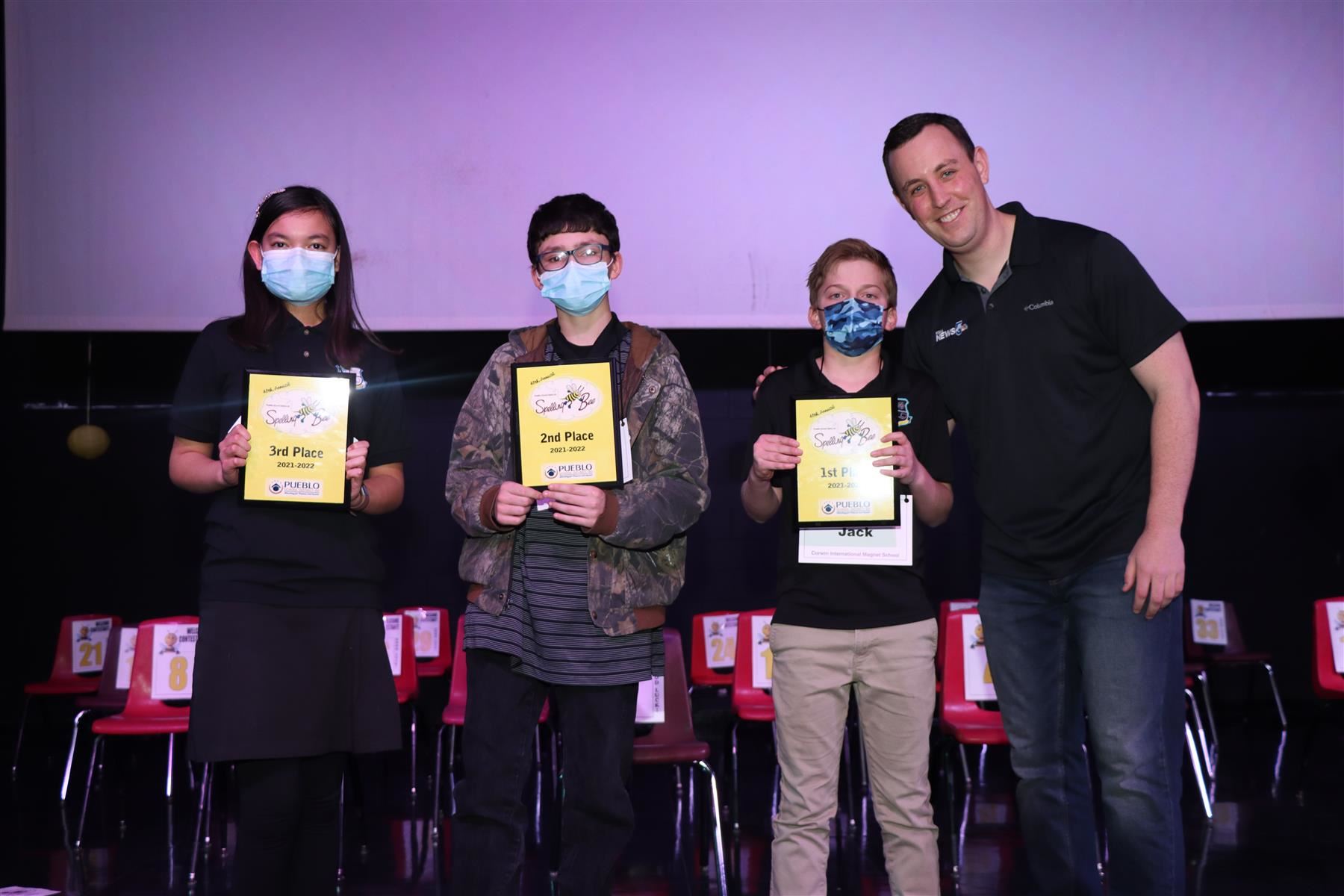 In hopes of being selected to compete in the 82nd annual Denver Post Colorado State Spelling Bee on March 5, the Top 6 District 60 spellers will complete the first phase of that competition: a monitored online spelling test.

The Bee competitors and those gathered to view the scholarly action were welcomed by Superintendent Charlotte Macaluso, who as a D60 student, competed in the Bee.