FOUNTAIN SECOND GRADERS STEP INTO THE SHOES, AND CLOTHING, OF IMMIGRANTS 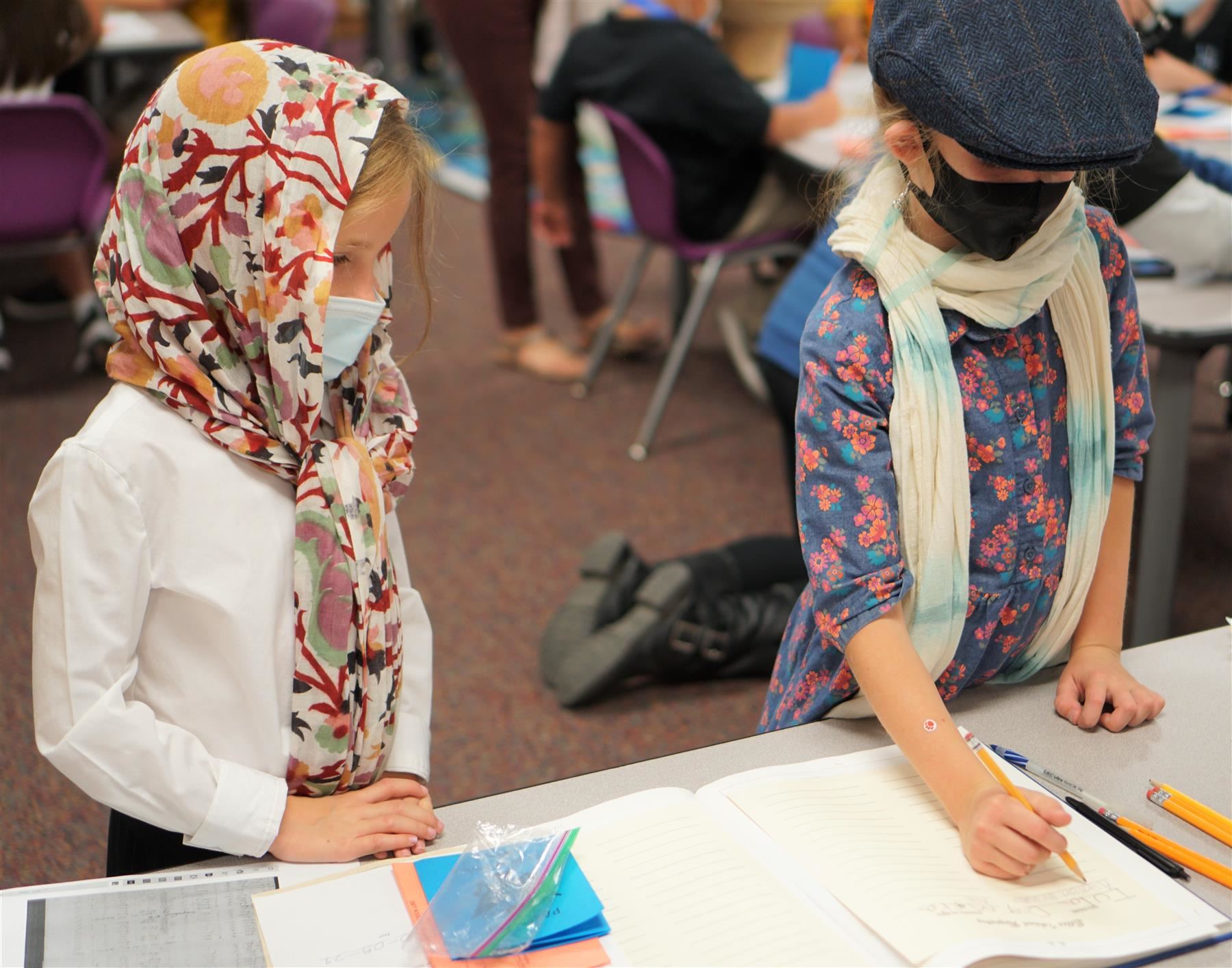 Located in New York Harbor, the federally owned Ellis Island was the busiest immigrant inspection station in the United States. From 1892 to 1954, nearly 12 million immigrants arriving at the Port of New York and New Jersey were processed there under federal law.

To give Fountain International Magnet School second graders a real life look at what it was like to leave one’s home country for a new start in America and the challenges that accompanied it, an Ellis Island Simulation was staged.

Just as the millions of men, women and children who looked to the West for a better life, the young Lions began their adventure in Europe, where they symbolically boarded a ship that would carry them across often turbulent seas to America.

After the “sea voyage,” the Lions – adorned in the clothing styles representative of real life immigrants – arrived at “Ellis Island,” quickly to discover the vast language barrier. Via the mock processing, the second graders experienced a recreation of the Registry Room (“Great Hall”), which came to epitomize the immigrant experience.

With as many as 5,000 immigrants filing through on a given day, the Registry Room was often a chaotic, loud and frightening place. Here, immigrants underwent medical and legal examinations, encountered the complex demands of the immigration laws and an American bureaucracy that could either grant or withhold permission to land in the United States.

Those Lions with a “health condition” were sent into a medical room for further examination, with others arriving in America with a checkered or crime-filled past often subject to deportation.

In the actual Ellis Island, processing was complete within a few hours. However, the process also could also take days, weeks, months and, in rare instances, years.

“We had 97 students who participated, and the goal was for students to see what it was like to be an immigrant in the early 1900s and experience some of the injustices immigrants faced,” said FIMS Media Specialist Stephanie Burke Domina. “This was the second time we hosted an Immigration Day and are hoping to make it an annual event, as it was very meaningful and powerful.”