A projected 8 to 9 percent increase in educational funding, along with the proposed purchase of electric school buses and financial support for pre-school programs, topped Governor Jared Polis’ agenda during a Wednesday afternoon session with D60 Board of Education members and Superintendent Charlotte Macaluso.

At Colorado State University Pueblo, Governor Polis, who was accompanied by Pueblo native and Colorado Senate President Leroy Garcia, touted the 8 to 9 percent increase as unprecedented.

“We believe in local control, so the best thing we can do is give you the resources you need to do what you need to do,” Governor Polis told the D60 representatives.

The additional funding, the Governor added, can be utilized by districts as leadership best sees fit. He said the goal is to keep this funding in place over the next four to five years.

“The next step is the ongoing funding for quality pre-school,” he said. “And that starts in Fall 2023. It won’t be full-time but about 12 hours per week. For some of the at-risk families, there will be other funding. But at least every family will get free access to some pre-school, which can serve as affordable daycare for those families who work.”

Another measure designed to save districts money, as well as increase the air quality, is the proposed purchase and implementation of electric school buses.

“The buses cost more, so essentially, the state would pay for the difference, but the District would get the savings from the diesel and gas fees over 15 to 20 years,” Governor Polis explained. “That’s something we are interested in and working on.” 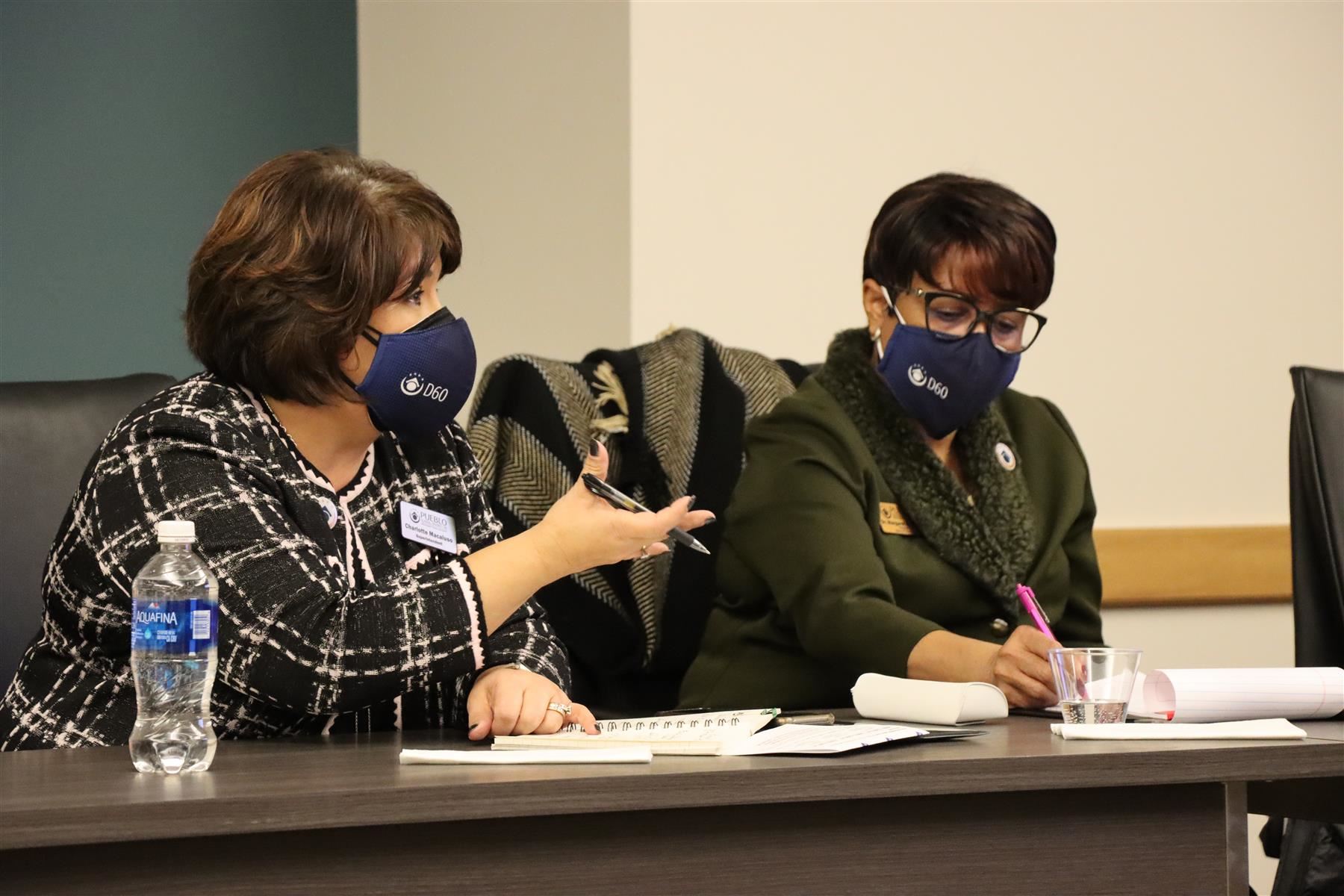 While noting her appreciation for the one-time Elementary and Second School Emergency Relief (ESSER) Funds and the 9 percent funding increase, Superintendent Macaluso expressed concern over the budgetary fallout that will result from the District’s inability to average out, over the span of several years, student enrollment, as well as the loss of at-risk student funding as based on free-lunch applications.

As all students continue to receive free lunches regardless of family income, many parents neglected to fill out the applications.

“All of these will have a significant impact on our funding at the District level,” Superintendent Macaluso told Governor Polis. “So we are concerned about that.”

Governor Polis said he and President Garcia would bring those concerns to the Joint Budget Committee.

“We can pass that along,” Governor Polis said. “I don’t think they’re going to change it but you never know.”

He did note the potential to extend the universal free lunch for another year, diminishing the financial impact resulting from the failure to submit applications.