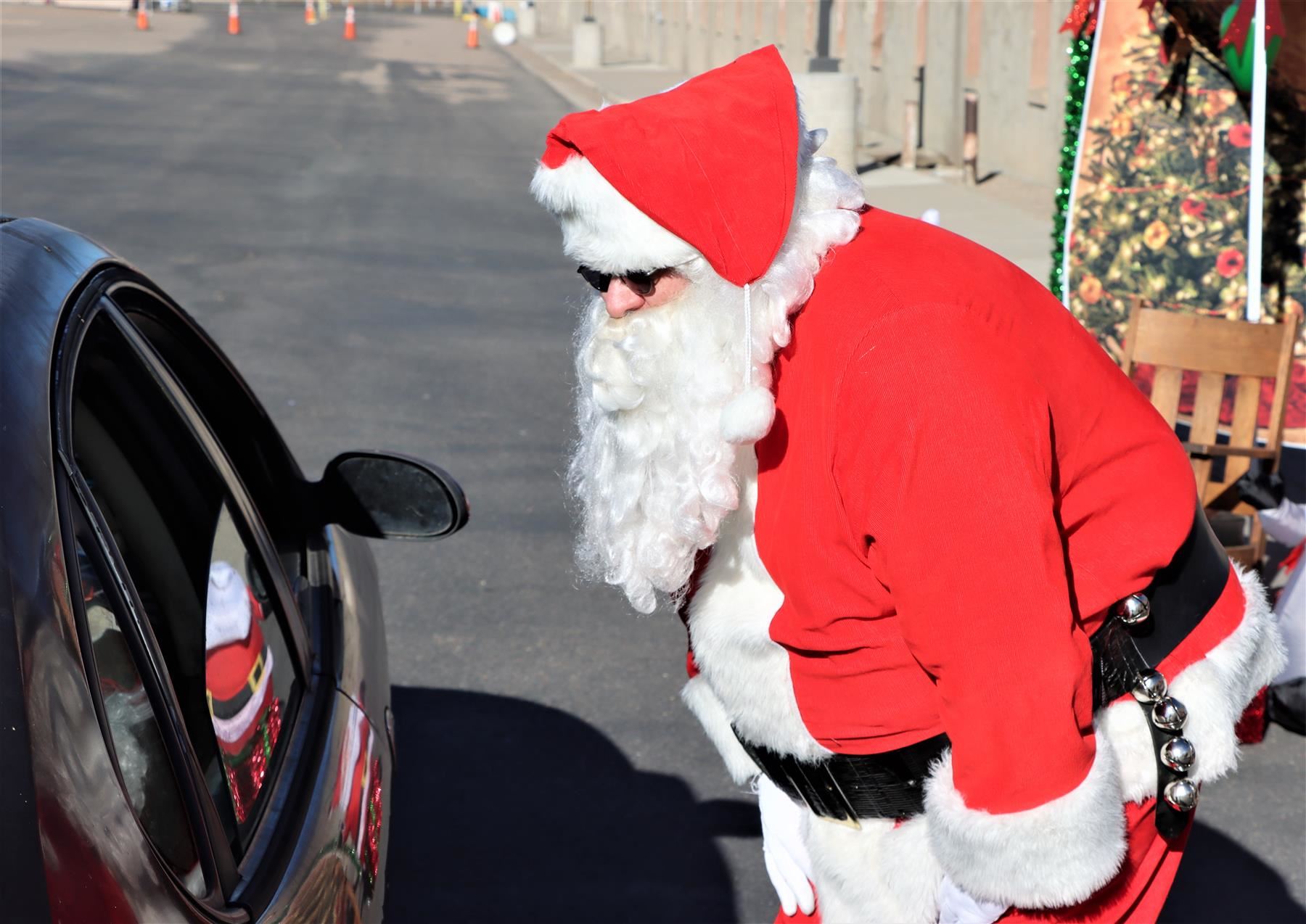 As a City Councilman, Ray Aguilera had a deep love for the Bessemer community he represented.

Closest to his heart were the scholars of Bessemer Academy, and Columbian and Minnequa schools, whom he supported and championed with an unwavering fervor.

Ten years ago, Mr. Aguilera launched, through the Pueblo Poverty Foundation he founded, a Christmas Extravaganza. This festive holiday event saw Mr. Aguilera joyfully don his Santa Claus suit to personally hand out more than 1,000 stockings filled with goodies and trinkets to the youngsters from the schools in his represented district.

Each year, the Extravaganza blossomed, as additional community agencies and individuals came on board to provide the children and their families a full and robust Christmas experience.

Sadly, Christmas Extravaganza 2020 was the final one for Mr. Aguilera, who took immense pride in not only wishing the children a “Merry Christmas” but encouraging them to take their studies seriously.

Earlier this year, the beloved Mr. Aguilera passed away at the age of 78. And while Pueblo lost a true advocate and champion, the anticipated holiday legacy he founded and so dearly loved returned in his memory, with his daughter carrying on the tradition of benevolence.

On Thursday, the Colorado State Fairgrounds were overflowing with the uplifting sights and sounds of that tradition: a drive-through giveaway that saw the families of Bessemer Academy, Columbian and Minnequa receive the fruits of what has evolved into a true community partnership.

To be sure, the children received their traditional goodie-filled stockings and salutations from Santa Claus.

But there was so much more.

Abundant food parcels from both Care and Share and the Pueblo Food Project, filled with turkeys, tamales, chile, potatoes, canned goods and more: all the makings for a full meal, or several.

And, most important of all, the comforting sense that comes with being remembered and loved. 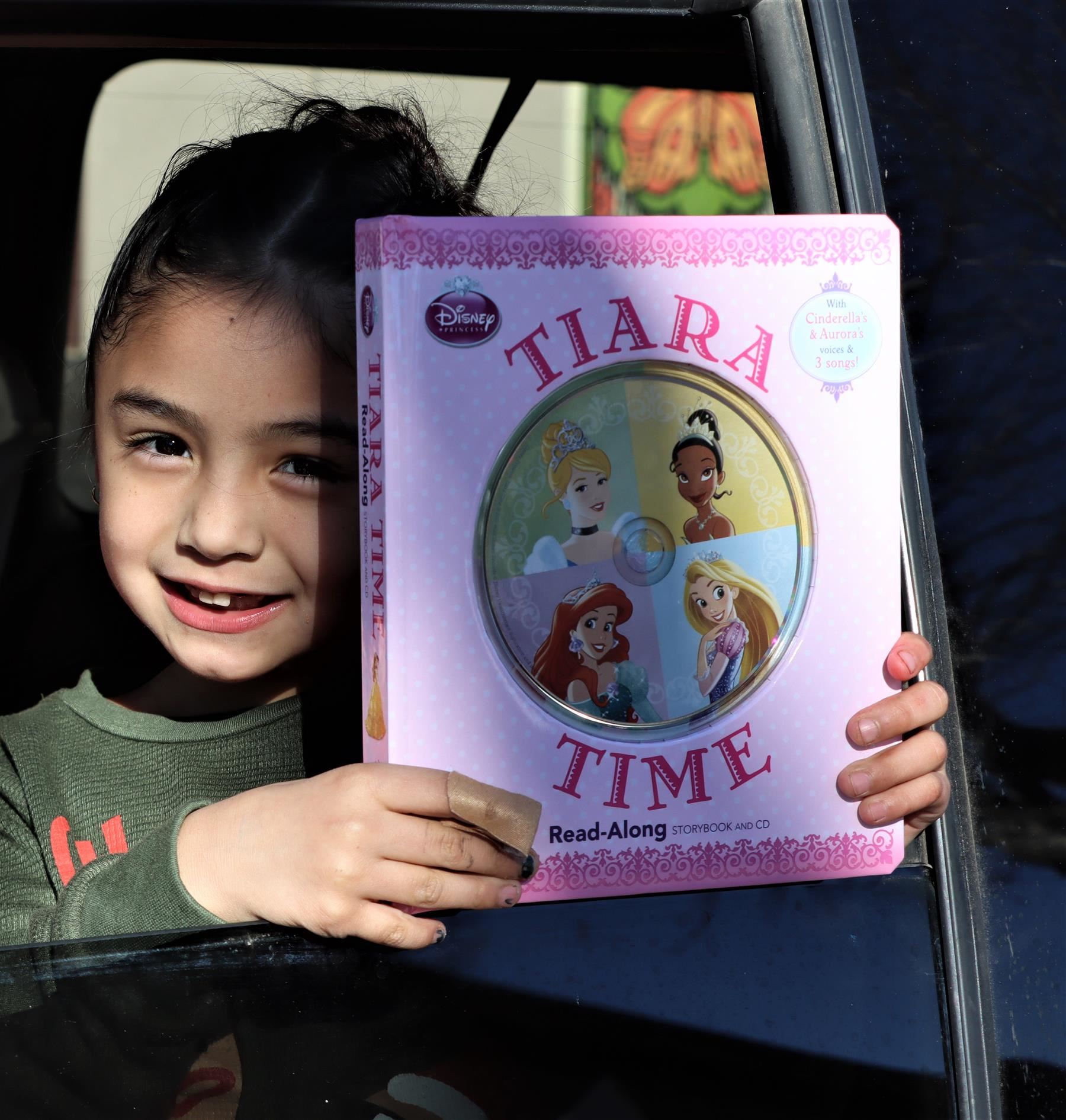 “We still give Ray the credit for this, because he’s the one that had the vision and the dream,” said Abbie Spillman, a District literacy specialist who worked alongside Mr. Aguilera in staging the Extravaganza. “And his daughter Andrea said that she was willing to take it over, if she was able to get some help.”

That help came in droves.

“We had such a community effort,” Mrs. Spillman continued. “Everybody wanted to get involved. And when we talk about ‘everybody,’ we’re talking about Mayor Gradisar and his Chief of Staff Laura Solano;  the Pueblo Food Project; Care and Share; Black Hills Energy; and all those who donated food, gifts, books and so many other items.

“We were getting so many calls from people saying, ‘Hey. We want to help to keep Ray’s dream alive. So even with him gone, everybody wanted to keep it going for our Bessemer community.”

At the top of that list was Ray’s only child, daughter Melissa Hansen.

“It was really important to the Pueblo Poverty Foundation to be able to continue what he started,” Mrs. Hansen said. “We know how much this event meant to him and what it means to the community, especially Bessemer Academy, Columbian and Minnequa.

“So we’re really happy that we are able to come together and make this happen in his memory.”

On this day, the State Fairgrounds resembled an outdoor mall, with each volunteer-manned station offering not only gifts but well wishes for a safe and joyful holiday break.

Pueblo police, firefighters and first responders were on hand, as were student leaders from District 60 high schools, who once again gave of their time to improve the lives of others.

“This is from the Pueblo Food Project,” said Central freshman Hulian Sanchez as he handed over a full parcel to a guest. “And have a Merry Christmas.”

Leading the greetings brigade were the Principals of the three schools on the receiving end of the community’s generosity.

“This means a whole lot to our kids and our families,” said Jimmie Pool, Principal of Columbian. “Especially those students who might not be able to get the toys, gifts and food. This is just a great opportunity to come by and see people they know and recognize and experience some joy and happiness.”

“What a wonderful opportunity for our kids,” added Principal Angela Garcia of Bessemer Academy. “To be able to see the smiles of the kids and their parents has just been amazing. Ray was always very supportive of the Bessemer community, so keeping his tradition alive means a lot.”

Katie Harshman, Principal of Minnequa, said the tradition “means everything to our kids. It’s amazing how it continues to grow and draw in support from all agencies across the city. What a great honor for Ray and I’m very happy our community stepped up to continue to see his mission thrive.”

The final stop in this spirit-raising caravan was Santa’s workshop, where the traditional Christmas stockings were handed out by Saint Nicholas.

There, a large placard of a smiling Ray Aguilera against a “Wing Wall” represented the angelic community champion who worked tirelessly for the betterment of the children of Bessemer.

“He’s still here in spirit,” Mrs. Hansen said. “And we know that he is proud of us for pulling this all together this year.”