As the youngest of nine children growing up in the Sangre de Cristo housing projects on Prairie Avenue, Jeff Valdez would often help his father clean the Mesa Drive-In.

It was one of at least three jobs the patriarch of the Valdez family held in order to provide for his wife and children.

Watching the images play out on the large outdoor screen, the young boy was enraptured by the “cinemagic” unfolding before him as he cleaned out trash receptacles throughout the facility.

In reality, working at the drive-in was as close to the world of show business as Jeff Valdez believed he would ever get.

“I would look at that screen and think it was so cool,” Mr. Valdez said. “But I considered having a career in film as likely as driving a dump truck to Mars.”

As the youngest of nine children, Mr. Valdez was no stranger to life challenges: most notably the constant and debilitating bullying that defined most of his young life.

“It's one thing to grow up in the projects, but these were the Sangre de Cristo projects: the 'blood of Christ' housing projects, which overlooked a cemetery,” Mr. Valdez said of his home on Prairie Avenue.

On that point, Mr. Valdez was correct.

Today, this resident of Beverly Hills is a celebrated media entrepreneur credited with creating the format now known as Latino Programming in English, and establishing the first television network dedicated to it.

From his early days running a Colorado Springs-based comedy club, Mr. Valdez went on to break barriers, and ground, in Hollywood and conversely, around the world.

His films and TV shows have been syndicated in more than 40 countries, with his achievements recognized by CNN (“Top 50 People Who Matter”), the Los Angeles Times (“50 People to Watch”), Hispanic Business (“100 Most Influential Hispanics”) and Multichannel News (“Top 50 Minorities in Cable.”)

Mr. Valdez has been awarded a Quasar Award, for his groundbreaking SiTV network; a Racial Harmony Award from the Center for Ethnic Understanding; and a National Hispanic Media Coalition Impact Award.

In the mid-90s, he was appointed by President Bill Clinton to the Advisory Committee on the Arts of the Kennedy Center.

In 2019, Mr. Valdez and tech pioneer Sol Trujillo co-founded New Cadence Productions, a television and film content studio, which promotes Latino-based content in English. The New Cadence Production “The Garcias” – a spinoff of the Nickelodeon comedy “The Brothers Garcia” that ran for four years -- made its debut on HBO Max earlier this year.

Mr. Valdez’s partnership with HBO Max has also resulted in Comedy Chingonas, an all-Latina comedy special, and the 2020 and 2021 HA Comedy Festivals.

While Mr. Valdez may be a long way from Pueblo these days, Pueblo is never far from his heart.

Last month, Mr. Valdez returned to his beloved hometown to accept the Latino Lifetime Achievement Award from the Pueblo Latino Chamber of Commerce. And in April, he hosted a screening of “The Garcias” as part of a fundraiser for the Boys and Girls Clubs of Pueblo County.

So, how exactly does a Pueblo kid go from dodging bullies in the projects to fraternizing with stars like Jay-Z and Beyonce in the Entertainment Capital of the World?

“With the help of a lot of other people,” Mr. Valdez said. “Throughout my life and my career, a lot of people have been helpful. Obviously, it took a lot of hard work, but I had the grace of a lot of people in my life that really were helpful, and I’m grateful for that.” 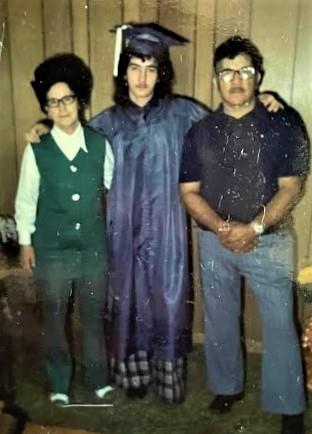 In the Valdez family home, money was in short supply but humor was not.  And with his father literally working around the clock to sustain the family, Mr. Valdez quickly developed a resilient blue-collar work ethic that would serve him well in the coming years.

He also learned another important life lesson: that laughter and humor can alleviate much of the pain that comes with hardships.

There were many other times, however, when that sense of humor did nothing to quell the torments of heartless bullies.

While Mr. Valdez doesn’t talk a lot about it, the wounds inflicted by that callous behavior remain fresh to this day.

“I won’t name names, but there were many – and in particular one guy, who is still there in Pueblo – that literally drove me to the point of suicide when I was a kid,” Mr. Valdez said. “And a lot of people said that I would die in Pueblo and that I wouldn’t amount to anything.

“But I refused to listen to any of that. Instead, I listened to my father, who used to say, ‘Work hard. Work smart.’” And so I made it a point to hustle.”

At Central, Mr. Valdez was a bright student who eventually fell in with the wrong crowd, and subsequently saw his grades plummet.

“There was an absolute connection between partying, and trying to be cool, and having good grades,” he said.

Along his educational journey, Mr. Valdez found in District educators the uplifting support and encouragement that would prove to be life-altering.

He remembers all of these dedicated educators by name: especially those who encouraged his creativity and fostered his ability to speak in public.

“Ask anybody you know: ‘Who’s the teacher, or teachers, that changed your life?’ I’ve never met anyone who didn’t immediately know the answer. For me, it was Andrea Rosenthal. But I could name many.”

With his friends ending up in dead-end situations, or worse, incarcerated, Mr. Valdez – who persevered to earn his diploma from Central – made good on his promise to seek the “up” rather than the “down.”

His first step was to move to Colorado Springs, where he eventually established the successful Comedy Corner club.

"Getting out of Pueblo was not easy," Mr. Valdez said. "So getting up to Colorado Springs was a huge deal. I wanted to be a little fish in a bigger pond.”

With many soon-to-be-famous comedians (Roseanne Barr, Sinbad, Chris Fonseca) passing through the Comedy Corner, Mr. Valdez soon was given his own television show, “Almost Live from the Comedy Corner,” that aired on KOAA-TV for eight years.

“It really was a magical time in stand-up comedy,” he said of that period in the mid-80s.

In Colorado Springs, Mr. Valdez found a generous mentor in KKTV’s Dan Smith, who offered invaluable insight into the world of television.

“I would go there at night, when he worked the graveyard shift: literally at 11 at night until 4 in the morning,” Mr. Valdez said. “Dan would show me how all the equipment worked. And he also taught me a valuable lesson: ‘If you want to learn how to make television, learn everybody’s job. You’ll have the respect of the people you work with, and second, no one will be able to deceive you.’”

Confident in his skills as a stand-up comedian and with a good working knowledge of the television industry, Mr. Valdez made the decision to leave the comfortable and secure confines of the comedy club for the biggest of all ponds.

Unceremoniously greeted by culture shock, impersonal Angelenos and nonreceptive casting agents, Mr. Valdez learned quickly that if there was show business gold buried in Beverly Hills, it was never going to reveal itself willingly.

"I was a stand-up comedian who also wanted to act. But I couldn't get hired anywhere because I was Latino," Mr. Valdez said. “I couldn’t get work in Hollywood. So I said, ‘Heck with it, I’ll make my own TV channel. How hard can it be?’”

The answer, unfortunately, was “extremely.”

With that relentless, blue-collar drive born in Pueblo, Mr. Valdez set out to stake his own claim in Hollywood.

He made daily pilgrimages to an agency, where he routinely offered to take its agents to lunch. When that approach failed to generate a positive result, fate intervened when the head of the agency himself approached the ambitious young Puebloan.

“Why haven’t you taken me to lunch yet,” the agency head asked.

As Mr. Valdez revealed his dreams and visions over the meal. He was told his future was not in acting but in producing.

“You get stuff done,” the agency head told Mr. Valdez. “You have the tenacity to be a producer.”

And on a napkin, in the Hamburger Hamlet, Mr. Valdez signed his first Hollywood contract.

"If there's one thing I learned, it's this: If you want to do something in Hollywood, you have to do it yourself,” Mr. Valdez said, acknowledging the foresight of Dan Smith’s advice years before.

It was the first all Latino television production the City of Angels had seen: a foreshadowing of Mr. Valdez’s future in the industry.

“We shot it out of a news truck, on a set I helped build, for $2,000 an episode,” Mr. Valdez said. “It premiered on a Friday night, and at that time, we were up against Jay Leno, Chevy Chase, Arsenio Hall and David Letterman, and we were beating all of them consistently.

“And that opened the doors to a lot of things for me.”

With his Central diploma his lone formal educational credential, Mr. Valdez often revisited the lessons learned in the classrooms of the Orman Avenue institution as he ascended the steps of Tinsel Town.

"High school teaches you how to succeed, not to fail," Mr. Valdez said. "But if you bust your tail and fail, it's OK. You don't live in it, you learn from it.

"I have failed thousands of times. But that's what makes character."

With skills learned in his English class, Mr. Valdez was able to sell his first screenplay for a quarter of a million dollars. An algebra course sharpened his critical thinking skills and continues to help him decipher complex budget spreadsheets.

Other classes provided the essential tools needed to navigate the wilds of the entertainment business.

"At those times, the only thing I could think was, 'Thank God I went to school,''' Mr. Valdez said. "But when I was going to Central, I kept thinking, 'There is nothing I'm learning here that I'm going to apply in my life.'

"I thought I was just wasting my time because I thought I knew everything."

In Mr. Valdez’s case, it wasn’t as much about the diploma as it was the journey.

"The experience behind that piece of paper was humongous. There isn't anything that I don't apply on a daily basis that I didn't learn at Central -- collaboration, intelligence, ability to speak.

"That's what got me from the projects to Beverly Hills." 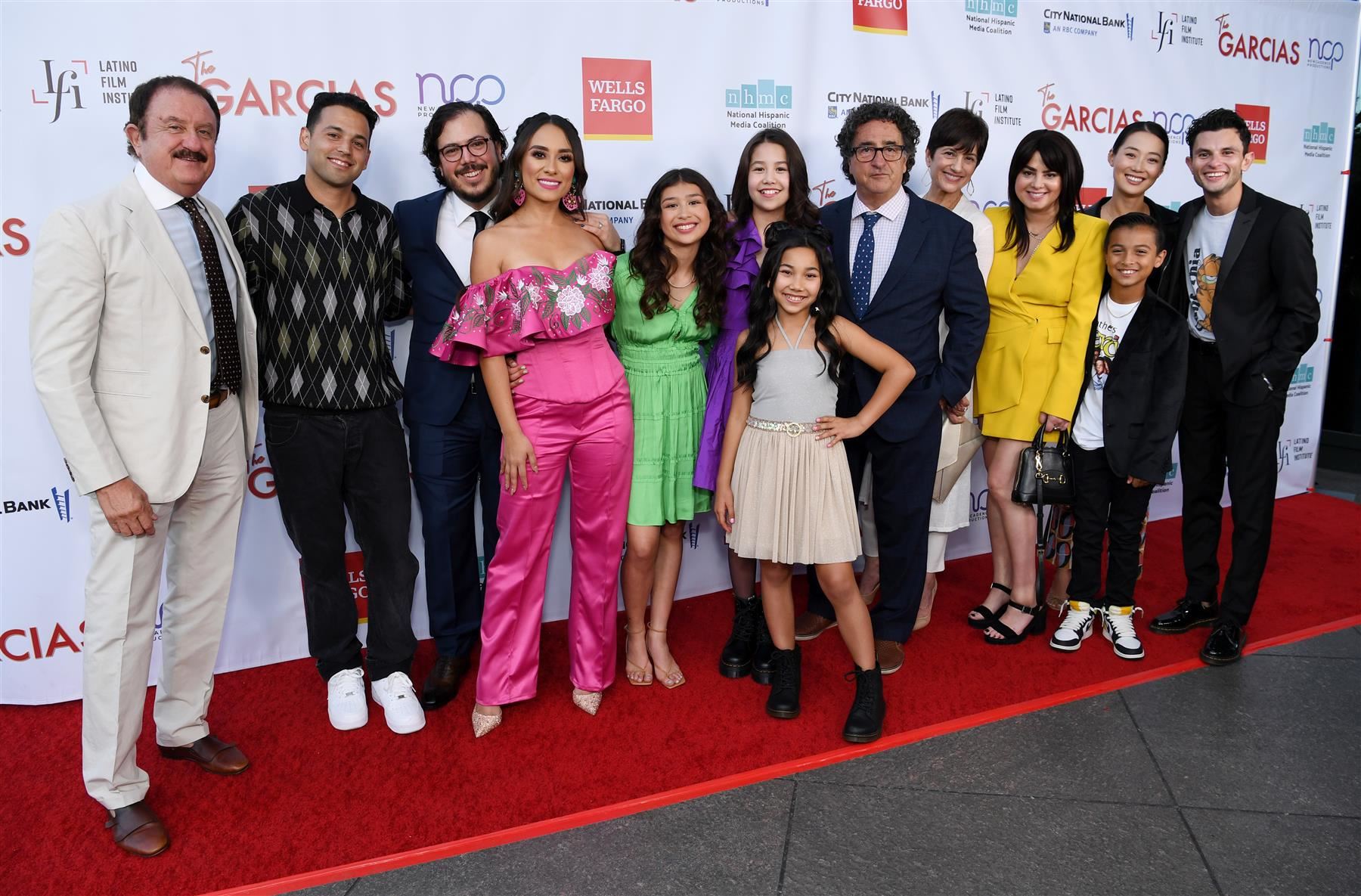